Campaigners have called for a criminal investigation into allegations that counterfeit materials could have been used in controversial mesh implants in Scotland.

US lawyer Steve Mostyn says he has uncovered evidence that manufacturer Boston Scientific sourced counterfeit polypropylene from China to be used in implants, a claim denied by the company.

Fears have been raised that an unknown number of women in Scotland could have received implants with alleged counterfeit material.

A press conference at Holyrood heard that while the total number was not known, 82 women in Glasgow were implanted with Boston Scientific products between 2012 and 2013, and the products could still be in use in Scotland.

Labour MSP Neil Findlay is seeking a meeting with police over the "astonishing and deeply, deeply disturbing'' claims while campaign group Scottish Mesh Survivors has called for a suspension on the use of Boston Scientific products.

A Scottish Government suspension on the use of mesh implants is currently in place pending a report by an expert group into their use but procedures can take place for women who want to go ahead with surgery despite being appraised of the risks.

Currently there are more than 400 legal cases going through the Scottish courts relating to mesh implants, used to treat prolapse and bladder problems.

Patrick McGuire, a partner at Thompsons Solicitors, which represents mesh victims, said: "From everything I've seen produced from our colleagues in America, there's absolutely no doubt that there is something here that needs to be investigated in Scotland.

"I fully expect that there will be an individual complainer, which is to say an individual person who has received a Boston Scientific product during that window that we have the evidence about.''

He urged anyone who has had a mesh operation to contact their GP to ask for their records, adding: "First and foremost it's about public health, it's about lifting the lid.

"We don't know what's in there, we don't know what level of contaminants are present, so this isn't about scaremongering, it's about finding answers and getting the correct treatment if that's possible.''

Presenting his evidence, Mr Mostyn said: "China doesn't make a lot of polypropylene, but China is the world's recycler of polypropylene and there's a grave concern that the polypropylene that is in these bags, that has now been permanently implanted inside these women, that is not reversible, is recycled material from around the world.''

He said the number one use for polypropylene was in the backing of carpets.

Elaine Holmes, from the Scottish Mesh Survivors group, said many women were unaware of what device had been implanted in them and some were left "distraught and terrified'' by the allegations.

Ms Holmes said she and fellow campaigner Olive McIlroy had written to Health Secretary Shona Robison in April to raise the issue of potential counterfeit products.

She criticised the Scottish Government's response as "unacceptable and not particularly helpful'', and the response from the Medicines and Healthcare products Regulatory Agency (MHRA) as "ridiculous'', accusing both of not listening to the concerns.

"Survivors of mesh feel that the government should put an immediate suspension on Boston Scientific products, all Boston Scientific mesh products ... until we have proof, until there's been an investigation and these allegations have been looked into.''

Mr Findlay added: "If these allegations prove to be true, Boston Scientific have misled hundreds of thousands of patients across the world and may have defrauded the NHS by selling a fake product that is not fit for purpose and potentially extremely dangerous.

"I am now calling on the police and Crown Office to get involved and investigate these allegations to ensure the integrity of Scotland's NHS is not compromised.'' 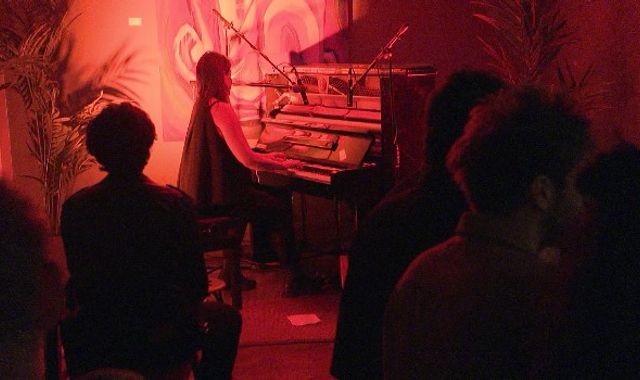