Michelin Promise To Work With Government

Michelin bosses have agreed to work with Scottish ministers on "repurposing" their Dundee tyre factory after production ceases at the site.

A joint commitment from the French firm and those involved in the Michelin Dundee Action Group will pledge to transform the site to protect jobs.

It was announced in October the tyre plant, which employs 845 workers, would cease production by mid 202.

Finance Secretary Derek Mackay said the company confirmed this was no longer viable but he is confident new employers will be attracted to the site.

The joint declaration from Michelin and the Scottish Government means the two will work with others to develop the plant.

Economy Secretary Derek Mackay: "Michelin are going to work with us in a partnership - a new, Michelin-Scotland alliance to look at repurposing the site for new jobs and new opportunities for the location, and I think that's very welcome.

"Our shared aim is now to secure a long-term future for the site and to generate significant employment there.

"And we will ensure that the workforce is fully supported to benefit from these new opportunities.

"We remain fully committed to achieving the best possible outcome for the Michelin site and its workers, and I am confident we will be able to secure a positive future."

The agreement will be signed at the end of the year by the Scottish Government, working group partners and Michelin Group management, who have now appointed senior executive Jerome Monsaingeon to work on the partnership.

The action group has been led by Dundee City Council leader John Alexander and Steve Dunlop, chief executive of Scottish Enterprise, who compiled the Scottish Government's proposition to Michelin and will lead the work to transform the future of the Dundee site.

Both Mr Mackay and the Secretary of State for Scotland David Mundell were also involved, as well as John Reid, director of Dundee's Michelin site.

Mr Mackay said: "Because we took a 'Team Scotland' approach, we were able to talk about planning, enterprise, economic development and skills at the same time.

"There's a lot to be agreed but what we've achieved is a future partnership with Michelin.

"Michelin will stay in Scotland in terms of that presence to build an economic future at the Dundee site."

Mr Alexander said: "Creativity, imagination and ambition are the hallmarks of our city and all of them will be brought to bear on finding a way to generate new opportunities and a sustainable outcome.

"We are ready to roll up our sleeves and get on with the business of putting flesh on the bones of this commitment, always with the understanding that there are still significant challenges to be overcome."

Although no definite plans for what the site may become have yet been decided and no financial commitments made, Mr Mackay is confident it will attract new employers.

"We've now got a lot of commercial interest in the site," he revealed.

The minister added: "There's a lot of enthusiasm around our environmental agenda but crucially people are at the heart of that.

John Reid, factory manager at Michelin Dundee, said: "This is a really positive outcome. Everyone involved in this partnership will work extremely hard to transform the Michelin site.

"In parallel with this work, Michelin will be supporting employees and doing everything we can to help them find the best outcomes possible."

Bob Macgregor, regional secretary for Unite, welcomed Michelin's response and agreement to work with the Scottish Government on the future of the site.

"It's a positive sign for the workers there and their families," he said.

"We are hoping that the plan creates as many good-quality jobs on that site as possible."

Praising the Michelin workforce in Dundee, Mr Macgregor said: "The guys on the site are doing a fantastic job in very difficult circumstances because there's a lot of uncertainty and there's no guaranteed answers yet." 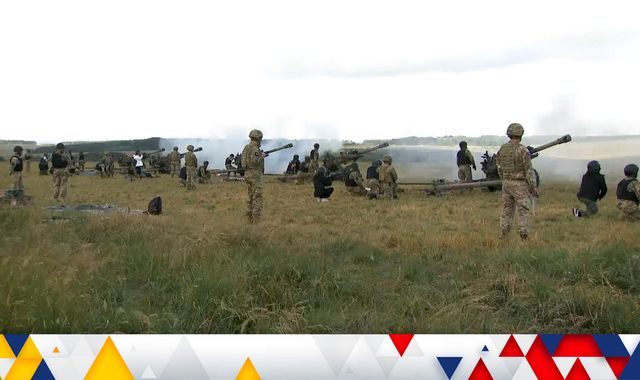