More must be done to protect and enhance women's rights in Scotland, campaigners have said.

A report by the Scottish Human Rights Commission (SHRC) urges the Scottish Government to take action to ensure women's rights are fulfilled.

The report, to be presented to the UN's Committee on the Elimination of All Forms of Discrimination Against Women on Monday, makes 27 recommendations for improvements.

It highlights the "disproportionate" impact of UK welfare reforms, particularly on disabled, black and minority ethnic women and lone mothers.

SHRC wants Scottish ministers to ensure the problems experienced by women are addressed or mitigated in the development of the new social security system for Scotland.

The report points out that only 26% of public bodies are headed by women, with the gender pay gap reaching nearly 15% when the overall hourly wages of men and women are compared, putting Scotland second from the bottom of the 45 EU member states.

Access to mental health services is also highlighted as a concern, with young women more than twice as likely to be depressed as men.

With those on low incomes, disabled or from black and minority ethnic communities particularly affected, SHRC calls for equal access to services for all women.

The report praises progress made in tackling violence against women, including the recent Domestic Abuse Act, but said further concerted action is needed, particularly in relation to misogynistic bullying and sexual harassment.

It also highlights uncertainty about the implications of Brexit for the protection of human rights and women's rights, and backs a ban on smacking children.

Commission chair Judith Robertson said: "Recent campaigns like #metoo have exposed the reality of just how many women experience day-to-day violations of their rights to safety, security and justice.

"At the same time, women continue to be under-represented in public life, and to bear the brunt of austerity policies, with women from black and minority ethnic communities, disabled women and women on low incomes often experiencing a double or triple-whammy of disadvantage.

"While the Scottish Government is to be commended for many of its actions to progress gender equality, our latest report to the UN shows that it must now go further, faster, to ensure that all women in Scotland are able to enjoy all of their rights - economic, social, civil and political - on the same terms as their male counterparts."

A Scottish Government spokesman said: "We welcome that the Scottish Human Rights Commission recognises the significant progress in women's equality made in Scotland in recent years, including passing the Domestic Abuse (Scotland) Act, expanding our commitment to free early learning and childcare and establishing an Advisory Council on Women and Girls.

"We are determined to go further, which is why we are continuing to pursue measures to improve women's opportunities in the labour market, ensure women are properly represented in decision-making positions, and tackle all forms of violence against women and girls. And we continue to lead by example, with the Scottish Government having one of very few gender-balanced cabinets anywhere in the world.

"It is deeply worrying that the UK Government's welfare cuts are having a disproportionate effect on women and hard-pressed families. This year we will invest more than £125 million on welfare mitigation and measures to help protect those on low incomes."

British teenager 'attacked by crocodile' while rafting in Zambia

COVID-19: At least 50 people infected with Omicron variant at Christmas party in Norway 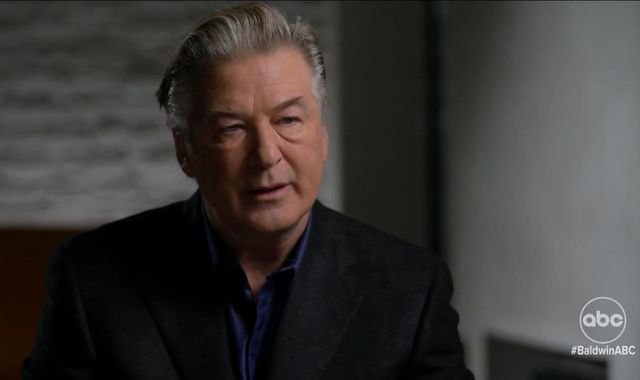 Alec Baldwin: Actor says he does not feel guilt over film-set shooting of Halyna Hutchins - as 'someone is responsible... I know it's not me'