External Affairs Secretary Fiona Hyslop has appealed to both sides in the EU referendum debate, warning that with just 28 days until polls open there is "no room at all'' for complacency.

Ms Hyslop called on the Leave campaign to put a halt to "smear and speculation'', and for the Remain side to abandon its "incredible'' Project Fear tactics or risk alienating voters.

She called for cross-party support as she set out the Scottish Government's case in support of the UK's membership of the European Union, during a debate at the Scottish Parliament.

Ms Hyslop said the issues at stake are far bigger than what she described as "a civil war within the Tory party''.

She told MSPs: "This issue is quite stark, it is bigger than any of this in terms of the internal dynamics within the Conservative Party. This has got to be about the future of not just this country but the European Union as a whole and our impact on the wider world.

"We as a parliament have to show political leadership to the people of Scotland and that's what we intend to do with the motion today.

"I want to appeal to all involved in this debate. To the Leave campaign to cease their smear, speculation and their downright ludicrous arguments, and to the Remain campaign to realise that if the biggest risk is complacency at the polls that their incredible Project Fear tactics will dissuade, not persuade, voters to turn out at the polls.

"The EU is not perfect but it is a remarkable achievement that in over six decades has secured co-operation over conflict, pursued a shared sense of collaboration, exchange and purposeful endeavour to work in concert, not just to advance the interests of its own members but the world on a global scale.

"And it is on that positive basis that the Scottish Government is of the view that Scotland as part of the UK should remain in the EU.''

Ms Hyslop highlighted benefits of EU membership including the guarantee of workers' rights and protections, human rights, trade and investment, and action on climate change.

She added: "Being in the EU offers a better chance to tackle the international big challenges of energy security, climate change and international pressures.

"There is no agreement or detail from the Leave side about what they are offering for the future.''

He added: "All of these or any of them may be true but I think they have become a blizzard and a distraction in this debate.''

Reflecting on the history of the European project, he said: "The battlefields of Europe are now the holiday playgrounds of Europeans, that is a significant change in the step of life across the European continent and one that people too easily dismiss and now set aside as if it was something that was always inevitable and something which is irrelevant.''

Mr Carlaw added: "The idea that the European community somehow acted as a brake on our prosperity, somehow interfered with all our economic, taxation and industrial and economic policy, is an absolute nonsense.

"In meaningful terms the sovereignty of policy in this country rests with people in this country, and I think that the interference and the dead hand of Europe is sometimes exaggerated for effect rather than in any respect to its reality.''

He continued: "Ultimately I want to be an internationalist not an isolationist, and therefore I want to vote with all those others who wholeheartedly decide on June 23 that the right decision for this country is a vote to Remain.''

Scottish Labour leader Kezia Dugdale said: "The vision of nations across the continent coming together has never been an easy one, but it has survived economic turmoil, the fall of communism, and expansion to welcome nation after nation.

"The changes we lived through in the first 60 years of our European family and the 43 years since we joined is nothing compared to the upheaval that we are living through now.

"The shift of power and prosperity to the east, the spread of jihadism, growing inequality, a more confrontational Russia, climate change, conflict within nations, the refugee crisis, disillusion with democratic politics and the rise of the far-right and anti-European parties that fill that void.

"This is a test for all of Europe, but Europe's eyes are currently on us.''

She added: "There is a variety of views on Europe within Labour, and we will hear a bit of the socialist case for Leave from my friend Elaine Smith.

"But in contrast to the civil war in the Tory Cabinet, or the confusion of nationalists who argue that we can share sovereignty with every European nation except our nearest neighbours, Labour will campaign enthusiastically for our place in the European Union.'' 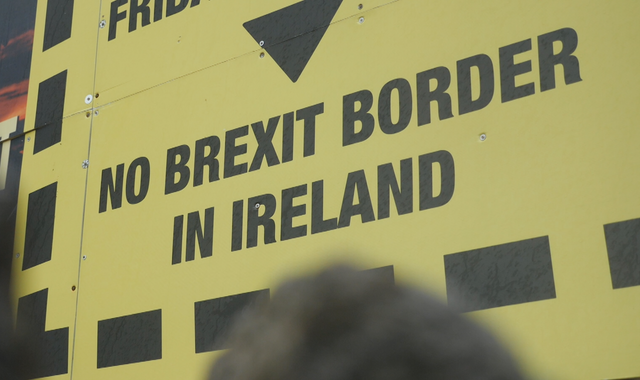