Scottish Secretary David Mundell has said that 2019 must be a year of "compromise and pragmatism" as the UK prepares to leave the EU.

Mr Mundell said that Brexit has "amplified divisions" and said people should set these aside and work together for the good of the country.

In his New Year message, he said the UK can leave the EU "respecting the result of the 2016 referendum", adding the deal the Prime Minister has negotiated protects jobs and supports businesses.

He called on politicians to "finish the job of leaving the EU" so that the focus can move on to other issues.

Mr Mundell said: "I'm not going to pretend that 2018 has been an easy year. In Scotland and across the UK, the past 12 months have brought home the difficulties of leaving the EU.

"The people I meet in Scotland simply want Brexit sorted. I understand that. I agree with them that we need to move on to the many other things that matter to us in our daily lives.

"For that to happen, 2019 must be a year of compromise and pragmatism. It must be a year when we set aside divisions and work together for the good of the country. Even after a tough 2018, I'm confident that can happen."

Mr Mundell called on politicians to work together in the final months before the UK leaves the EU on March 29 2019.

He said: "We can leave the EU, respecting the result of the 2016 referendum and the votes of 17.4 million people across the UK, and we can do so in a way that protects jobs, supports business and allows us all to get on with our lives.

"The Prime Minister has negotiated a deal with the other EU member states that delivers on all of that. We can leave in an orderly way, with a transition period that will allow us to finalise our future arrangements with the EU, wave goodbye to the despised Common Fisheries Policy and begin to strengthen our trading relationships with the rest of the world.

"But we will all need to summon the spirit of compromise. As we enter the final three months before we leave the EU, the time has passed for politicians seeking to use Brexit to bring about a general election or an unwanted second independence referendum.

"The last thing we need, the last thing the country needs, is more division. Instead, we should be crossing the 't' and dotting the 'i' of Brexit, then moving on to focus on other issues."

Mr Mundell said that Scotland's economic performance continues to lag behind that of the UK as a whole and said that in 2019 his priorities will be jobs and prosperity in Scotland. 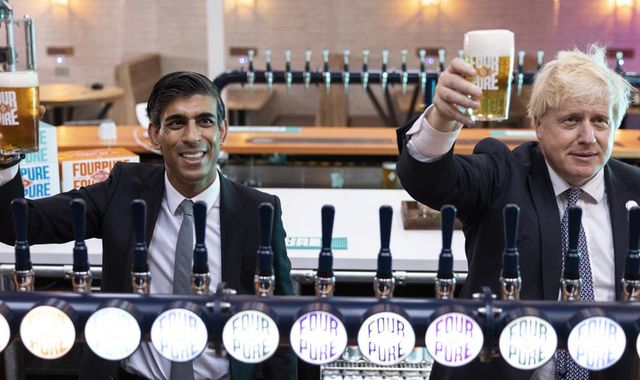