Andy Murray has revealed he was stalked around Europe by a hotel maid who once woke him by entering his bedroom and stroking his arm.

The Wimbledon and Olympic champion believes the uninvited guest followed him to two tournaments after she was spotted at his hotels.

Despite having a 'do not disturb' sign on his door in the first incident, Murray said the maid let herself in and approached his bed before perching by his side and touching him.

The 29-year-old described the behaviour as "extreme'', after disclosing the startling information when asked to explain what the 'craziest thing' one of his fans has done.

In an interview promoting the International Premier Tennis League, Murray said: "At one of the tournaments I played, a maid in the hotel ... I had a 'do not disturb' sign on, on the door, and she came in and sat on my bed and started stroking my arm at about seven in the morning when I was still sleeping, and then turned up at a couple more tournaments in the hotels that I was playing at in Rotterdam and Barcelona.

Tennis professionals spend much of the year living in hotels, away from home. Murray did not note the hotel or city in which the first encounter with the woman occurred.

The men's and women's tours have tightened security around tournaments in recent years, with leading women particularly having been targeted by suspected stalkers.

American world number two Serena Williams has been repeatedly targeted, while tennis has been on heightened alert for over-zealous fans since April 1993, when Monica Seles was stabbed in the back while on court during a tournament in Hamburg.

That was committed by a fan obsessed with Steffi Graf, Seles' great rival, and kept its victim out of tennis for two years.

A man was jailed for two years in 2001 for stalking Martina Hingis and trespass after travelling to her then Zurich home. 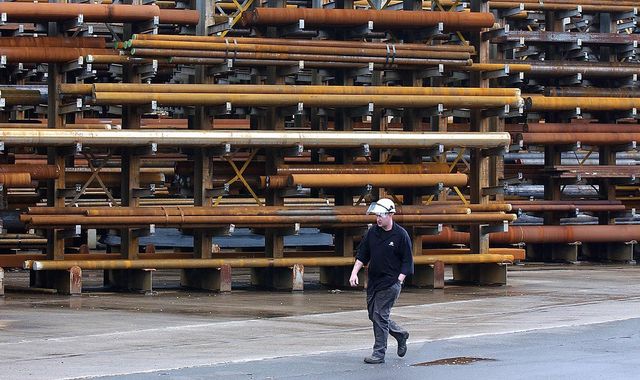 Scale of job losses could be worse than forecast, BoE policymaker warns