Murray Vows To Give Everything At French Open 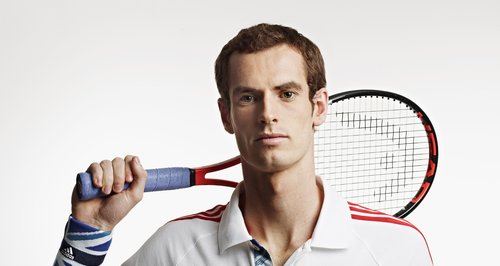 If Andy Murray's new-found clay-court prowess is to carry him to a first French Open title on Sunday then he will have to do it the hard way.

The world number two has already taken a somewhat circuitous route into the last four, battling back for five-set wins in the opening two rounds and then digging himself out of another hole against Richard Gasquet in the quarter-finals.

The 29-year-old is through to his 19th grand slam semi-final overall, drawing him level with Stefan Edberg and John McEnroe, and fourth at the French Open, the only tournament at which he is yet to reach the final.

To change that, he will have to end defending champion Stan Wawrinka's winning streak, with the Swiss making it 12 successive victories at Roland Garros by defeating Albert Ramos-Vinolas 6-2 6-1 7-6 (9/7).

And, should Murray make it past Wawrinka, world number one Novak Djokovic is very likely to be waiting in the final.

Murray has never won a set against Wawrinka on clay but they will play for the first time on the surface since the Scot became a real force last year.

Murray came into the tournament on the back of victory over Djokovic to win the Masters tournament in Rome and clearly fancies his chances of lifting the Coupe des Mousquetaires.

He said: "Last year was similar. I came in not having lost on the clay and played some really good tennis. I believe I can win the event. Whether I do or not, we'll have to wait and see.

"But I believe it's possible and it's only a couple of matches away now. I'll just give everything I've got over the next few days.''

All looked serene for Murray at 5-2 in the opening set against last French hope Gasquet but from there he lost five straight games before being pegged back from the same position in set two.

This time it went to a tie-break and, after double-faulting to trail 3-1, Murray was staring at a two-set deficit, but, as he invariably does, he found the shots he needed at just the right time to battle back.

The silence was deafening after Murray won the tie-break, but he said: "I have played in worse atmospheres. For sure the crowd were behind him, but it wasn't too bad.

"I was creating a lot of chances and I wasn't taking them. That stretch of five or six points was huge from 3-1. Those points changed the match.''

Murray and Wawrinka avoided the worst of the weather disruption and will have a day off on Thursday while the top half of the draw play catch-up.

Djokovic faces Tomas Berdych and David Goffin meets Dominic Thiem, with the winners having to play again on Friday.