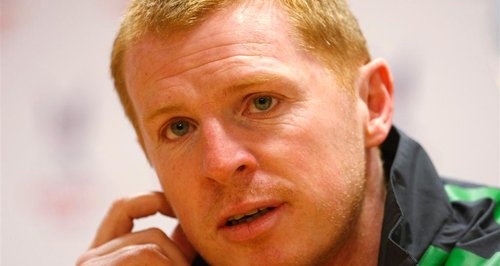 Hibernian have confirmed the appointment of Neil Lennon as head coach on a two-year deal.

Hibs chairman Rod Petrie told the club's official site: "We are delighted to have secured a head coach of Neil's calibre and profile, and we look forward to him bringing his drive and mentality to our campaign to win the Championship this season and secure promotion back to the top flight of Scottish football.''

Leeann Dempster, the club's chief executive, added: "As soon as Neil was identified as the outstanding candidate we were determined to bring him to Easter Road. He has managed at a very high level, taking Celtic to the last 16 of the Champions League, and we were attracted by his ability to get the most out of players and his driven, winning mentality.

"On behalf of everyone at Hibernian FC, we would like to extend a warm welcome to both Neil and Garry.''

Lennon has been out of work since leaving Bolton in March, ahead of the club's relegation from the Sky Bet Championship.

He won three Scottish Premiership titles while Celtic manager, along with two Scottish Cups, between 2010 and 2014 and former Hoops team-mate Tom Boyd feels he has nothing to prove as he returns north of the border.

Lennon, who is expected to be unveiled at a press conference on Thursday, has turned down a lucrative move to China to kick-start his career back in Scotland after his Bolton struggles.

He took over at the Macron Stadium in October 2014 with ambitions to return the team to England's top-flight - only to discover four weeks into his Trotters tenure the club was sinking under crippling debts.

But former Parkhead colleague Boyd believes Lennon will be able to show his real pedigree when he starts work in Leith.

The ex Hoops captain - speaking as he helped promote the annual Celtic Foundation Golf Day, which takes place at Renfrew Golf Club on Thursday, June 23 - said: "I don't think anybody will have the wrong impression of Neil after Bolton. Everybody knows the reasons for why things happened there.

"There have been plenty examples over the years where managers struggle because of the financial circumstances at a club.

2But he certainly won't have to deal with that at Hibs and he will know what a club like that needs to get back into the Premiership.''

Lennon enjoyed huge success during his four-year stint in charge of Celtic.

The Glasgow giants claimed three straight league titles under his watch, while the ex-Leicester midfielder also led them to the last 16 of the Champions League in 2013 following an unforgettable group-stage win over Barcelona.

But he quit Parkhead at the end of that season after becoming frustrated with the lack of resources being made available to him by the Hoops hierarchy.

However, he will have to get used to working with a modest budget once again as he prepares to take up the reins from Stubbs in Scotland's second-tier.

His predecessor walked out on his Leith post to take over at Rotherham just 11 days after leading them to their first Scottish Cup triumph in 114 years.

Lennon, who was denied a return to Celtic last month when his old employers opted to name Brendan Rodgers as their new boss, will be joined in his move to Edinburgh by former Parkhead assistant Parker.

The duo's first act will be to prepare a plan to get Hibs out of the Ladbrokes Championship - a feat Stubbs tried and failed to do twice.

Tying down highly-rated talents like John McGinn and Jason Cummings will be a priority, but Boyd reckons Lennon could be the key ingredient to Hibs' resurgence.

He said: "It's great to see Lenny back in Scottish football. He was so successful for Celtic but this will be a new challenge for him.

"Hibs are a massive club and should be in the Premiership.

"They have found it difficult because the Championship is such a tough league to escape and it will be the same again this time with the likes of Dundee United and Falkirk in there.

"But I hope for Neil that he does take them up. I'm sure there will be optimism after their first Scottish Cup win for so long.

"You don't have to look too far to see how successful Neil was at Celtic and he will want more success at Hibs by taking them back to the Premiership.''