For many years there have been mixed messages around drinking alcohol in pregnancy, but a new hard-hitting campaign by NHS Greater Glasgow and Clyde aims to put the issue to bed once and for all.

For many years there have been mixed messages around drinking alcohol in pregnancy, but a new hard-hitting campaign by NHS Greater Glasgow and Clyde aims to put the issue to bed once and for all.

No alcohol, no alcohol harm is the theme of a nine month information campaign, aimed at pregnant women and those thinking about having a baby, to highlight the risk of their child being born with Fetal Alcohol Spectrum Disorder (FASD).

The most conservative estimate is that 500 babies born in Scotland every year have been adversely affected by FASD. The launch of the extensive public health campaign coincides with International FASD Awareness Day on 9th September. As well as posters and information materials in antenatal clinics, there will be additional training for midwives and social media channels will be used to help mums-to-be make healthy choices.

Dr Linda de Caestecker, NHSGGC Director of Public Health said: "Women get their information from various places, not just their doctor or midwife. They read books and magazines, they scour the internet, chat to their mum and other friends who have had a baby before. And this means they often get mixed messages.

"The aim of this campaign is to set the record straight. NHSGGC will do this even when the truth is less comfortable and less welcome than the popular myths to which our society has clung for too long.

"We need to be clear that FASD is a risk, not a certainty. If you had the odd drink before you know you were pregnant the risk will be small. But it's also just kidding yourself on to believe drinking wine with dinner most nights doesn't really count. The message is that the only way to guarantee your baby not being exposed to alcohol harm is to avoid alcohol completely."

FASD is often associated with facial features such as small eyelid openings, short upturned noses and reduced sized heads, but it can also affect the heart and cause varying degrees of learning disabilities. It causes permanent, irreversible damage to a baby's brain.

Unlike adults, babies in the womb have no capacity to metabolise alcohol, meaning it stays in their system longer that the mum's, increasing the greater potential harm.

Dr de Caestecker added: "Fetal alcohol harm is the single biggest and 100% preventable cause of learning disabilities and behavioural difficulties among children, young people and adults in the UK.

"There are two ways to avoid alcohol harm to your baby: don't drink while pregnant or if you're not ready to give up alcohol, make sure you don't get pregnant and are using an effective form of contraception.

"By weakening the messages about drinking in pregnancy in order not to alarm or upset anyone, we are in fact being disrespectful to prospective mothers and fathers as they are entitled to understand the risks involved in alcohol use during pregnancy. This is why we offer them the best and most up-to-date information available. No alcohol, no alcohol harm." 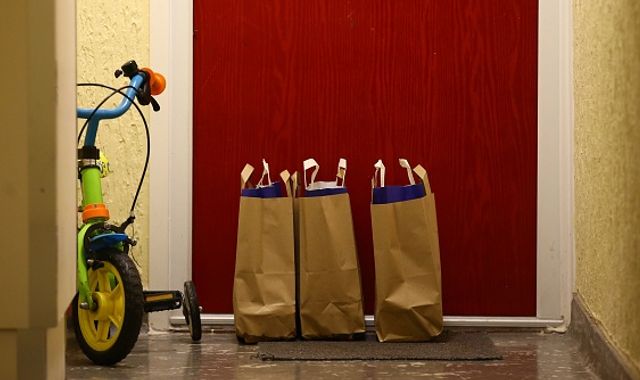