A national programme to deter youths from carrying knives has reached an estimated 100,000 young people since it was established a decade ago, new figures show.

No Knives Better Lives (NKBL) has been credited with contributing to an 85% reduction in the number of young people convicted of handling an offensive weapon since 2008-09.

The YouthLink Scotland initiative - a response to the high incidence of knife crime in the country at the time - has focused on prevention and early intervention, with school visits and social media campaigns.

The NKBL 10-year report published on Wednesday revealed that Balisong, a knife-carrying prevention play delivered in schools, has been seen by more than 20,000 young people.

"While there is much more to do to ensure every young person, no matter where they are from, lives free from the harm caused by knife crime, I am very grateful to YouthLink Scotland, their partners and the many young people involved in helping make Scotland a safer, better country to grow up in."

YouthLink Scotland said there was more to do to keep young people safe from knife harm.

Chief executive Tim Frew said: "We have seen a significant reduction in the recorded incidence of violent crime and possession of offensive weapons in Scotland, particularly amongst young people.

"While this is good news, it is important not to see our work as complete regarding the issues of knife carrying, conflict and violence.

"The cyclical nature of the problem, coupled with the small increase in knife crime prevalence in 2018 means that it is important we do not rest on our laurels."

He added: "A worrying resurgence of knife crime in other parts of the UK, particularly London, indicates that we need to keep working hard to keep our young people safe from the harmful practice of knife carrying.

"Prevention work must continue. Crucial partnerships between the youth work sector, schools, Police Scotland and other agencies that contribute to local NKBL initiatives need to be sustained and supported to deliver a safer Scotland for our young people." 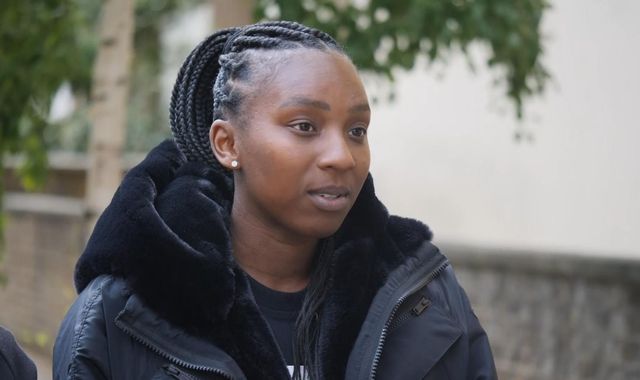 What are the new social distancing rules in the England and do they apply to children?