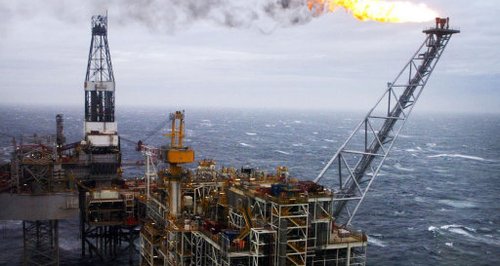 North Sea workers are to launch a 48-hour strike after a failure to break the deadlock in a bitter dispute over pay and conditions.

Members of Unite and the Rail, Maritime and Transport union (RMT) employed by the Wood Group will walk out on Thursday and Friday, saying they face a "massive'' cut in pay and allowances of up to 30%.

Unions accused the company of turning down an offer to suspend the strike if the proposals were removed, to allow for further negotiations.

Unite regional officer John Boland said: "We are extremely disappointed that Wood Group has decided to continue its attack on the pay and allowances of offshore workers. We repeat our call for proper consultation and negotiation.

"Industrial action is always a last resort and throughout this dispute we have constructively sought to find a resolution. We need to look forward and work towards a sustainable solution.

"Offshore workers do a difficult, dangerous job and we all rely on the energy they produce. We need Wood Group and other energy companies to stop constantly attacking these workers, and move on to a more positive agenda, working with the unions to address the challenges facing the industry.''

RMT general secretary Mick Cash said: "After savage redundancies and attacks on workload and working conditions, this group of offshore workers are now told that they are going to be railroaded into accepting pay cuts of up to 30%.

"Despite strenuous efforts by our negotiators in talks with the company, we have so far been unable to make sufficient progress that addresses the concerns of the workforce.

"The unions welcome the fantastic support that has been pouring in from around the world. We are also well aware that the company chief executive has had a pay increase of 28% to bring him up to #600,000. It is obscene that while the top bosses are lining their own pockets they are kicking the workforce from pillar to post.''

The unions will stage protests on Thursday outside Shell offices in London and Manchester.