Pensioner Attacked By Night-Time Intruder In Own Home

An elderly woman has been left "absolutely traumatised" after she was sexually assaulted by an intruder who crept into her bedroom while she slept.

The 75-year-old was asleep in her house in Plover Drive, East Kilbride, when she woke at around 3.30am on Thursday to find a man in her room.

He sexually assaulted her before escaping from the house after she shouted for help.

A neighbour saw the intruder running in the direction of Crosshouse Road.

Police are appealing for information about the assault in the South Lanarkshire town.

Detective Inspector Colin Campbell said: "This despicable individual has left an elderly woman absolutely traumatised and extensive enquiries are underway to trace him.

"Officers are currently examining CCTV footage and speaking to local residents but we urgently need the assistance of anyone who was in the area in the early hours of this morning.

"We are looking to speak to any people who may have noticed a man matching the description acting suspiciously around the time of the incident.

"We would also appeal to motorists with dashcams who were driving in the surrounding area in the early hours of this morning to come forward, as you may have unknowingly captured something which proves to be vital to our investigation.

"Anyone with information is asked to contact Cambuslang CID via 101 and quote incident number 0329 of Thursday 21st September 2017. Alternatively you can call CRIMESTOPPERS on 0800 555 111 where details can be given in confidence."

The suspect is described as white, in his 30s, of slim build, with dark hair and he wore a grey coloured hooded top.

He appeared to be under the influence of alcohol or drugs, police said. 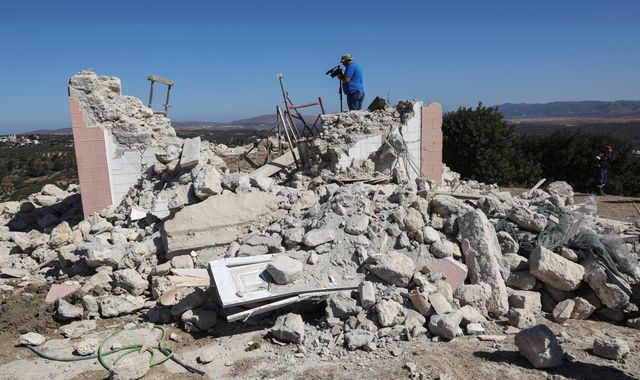 Fuel crisis: Calls for key workers to be prioritised - but who should be front of the queue?