Police are looking for two armed robbers who threatened a pensioner before making off with cash and goods from a newsagents.

Police are looking for two armed robbers who threatened a pensioner before making off with cash and goods from a Glasgow newsagents.

It happened on Garrioch Road, near to Stratford Street, this morning at around 7.40am.

A 74 year-old man was approached by the men, but wasn't hurt.

The first suspect is described as white, 5ft 7 of medium build, had a local accent and a tattoo on his right forearm. He was wearing a dark coloured beanie hat, a grey/ black hooded top, dark coloured jogging bottoms and white trainers.

The second man was around 5ft 9 of medium build and was wearing a blue hooded top, dark coloured jogging bottoms, dark gloves and light grey trainers that had white soles.

"Although the man was left uninjured, he is extremely shaken by what has happened.

"We are appealing to anyone who was in the area who may have seen two men matching these descriptions to come forward and contact us.

"Garrioch Road would have been busy at that time of the morning as people made their way to work and we would ask you to think back, where you in the area at the time?

"It would be unusual for somebody to be wearing a beanie hat or gloves in this weather. Did anyone stand out to you?"

Anyone with information is urged to contact Police via 101, quoting incident number 0653 of Tuesday 26 June 2018. Alternatively you can contact CRIMESTOPPERS on 0800 555 111 where information can be given anonymously. 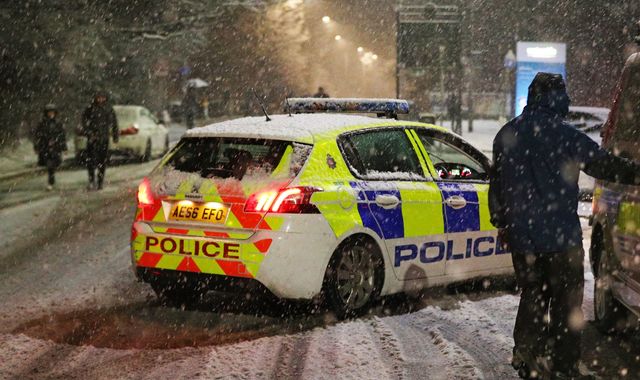