A programme combating domestic abuse in Scotland is to be extended to six further local authorities.

Glasgow, South Lanarkshire, Highland, Fife, and Dundee City, in partnership with Perth and Kinross, have been awarded funding to roll out the Caledonian System, which works to rehabilitate male offenders while supporting and improving the safety of women and children affected.

Mr Yousaf said: "Evidence shows men who have completed this programme posed a lower risk to their families while women felt safer, so I am pleased this innovative approach will be more widely available for courts to consider." 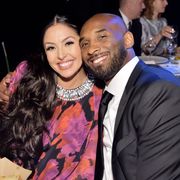 Dean Gaffney daughters: Who are the EastEnders’ actor’s children and who is their mum?

Disney Plus is now available for pre-order in the UK, and there's even a pre-sale

James Lock dating history revealed: Who are his ex-girlfriends including Yazmin Oukhellou and Danielle Armstrong