Police Crack Down On Speeding Drivers 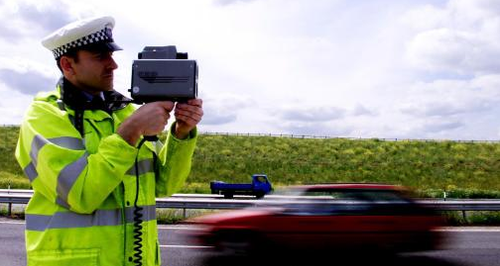 Police are embarking on a week-long anti-speeding campaign in a bid to save lives on Scotland's roads.

Officers said cutting crash casualties and fatalities remains one of their top priorities.

They will be out in force until next Monday, cracking down on speeding drivers and educating vulnerable groups - such as pedestrians, cyclists and motorcyclists - about the dangers on the roads.

Chief Superintendent Andy Edmonston, head of road policing for Police Scotland, said: "Vulnerable road users accounted for nearly half (95) of all road fatalities in 2014 and a further 3,348 suffered injury.

"We want people to realise the potentially devastating effects their driving can have on others, especially vulnerable road users."

He added: "Speed limits are there for a reason and show the maximum speed at which it is permitted to drive, however drivers also need to drive according to the prevailing conditions, adjusting speed accordingly if it is wet, foggy or the sun is low for example. This may result in a safe speed being considerably below the posted limit.

"We are committed to achieving the Scottish Government's 2020 casualty reduction targets. By driving at an appropriate speed and being aware of road conditions, you can help us reduce the number of casualties on Scotland's roads and make the roads safer."

The campaign runs from 7am on Monday until the same time the following week.