Firefighters have extinguished a blaze on an industrial estate which led to people being advised to stay inside to avoid "noxious gases".

About 27 firefighters were involved in tackling the blaze in an unused building at Hillend industrial park in Dalgety Bay, Fife.

Emergency services were called to the scene at about 6.40pm on Wednesday.

Fire crews extinguished the blaze by around 10pm.

During the evening police advised people living to the east of the industrial estate to stay inside with their windows and doors shut as a precaution because of noxious gases emitted by the fire.

At 10.45pm they said the public was no longer considered to be at risk and that people were no longer advised to stay indoors.

They are appealing for information about the incident.

A police spokesman said: "Inquiries into the cause of the fire will be conducted by Police Scotland and the Scottish Fire and Rescue Service over the coming days.

"Officers would like to thank the public for their co-operation while the fire was dealt with.

"Anyone with information regarding this incident is asked to contact officers at Dalgety Bay Police Station on 101, quoting incident number 3038 of September 6."

Six appliances, including a high-reach appliance, were used to tackle the blaze.

A cordon was put in place around the building on Hillend Industrial Park and traffic diversions were put in place. 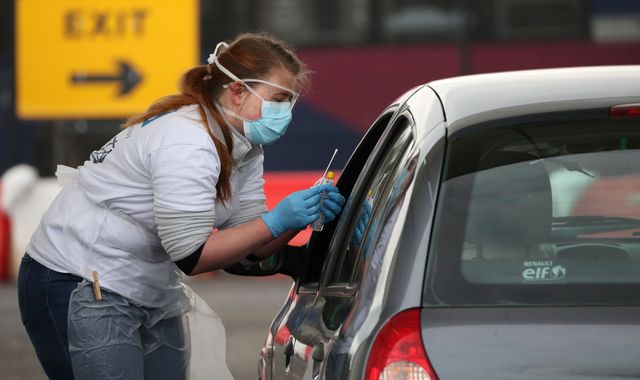