The Prince of Wales is set to join newly elected MSPs at a special service before the first sitting of the new Scottish Parliament.

Charles, the Duke of Rothesay, will attend the Kirking of the Parliament at St Giles' Cathedral in Edinburgh on the eve of the fifth session at Holyrood.

St Giles' minister the Reverend Calum MacLeod will lead the service, which will also be attended by representatives of faith groups and organisations across Scotland.

The event will feature a reading by Holyrood's outgoing presiding officer Tricia Marwick, as well as interfaith blessings and a sermon by the Right Reverend Dr Angus Morrison, Moderator of the General Assembly of the Church of Scotland.

Music will be provided by the National Youth Jazz Orchestra of Scotland, musicians from the Royal Conservatoire of Scotland and the choir of St Giles' Cathedral.

Mrs Marwick said: "It is an honour to take part in a tradition as historic as the Kirking of the Scottish Parliament, a ceremony which was resumed when Parliament reconvened in 1999.

"It will be my pleasure to welcome His Royal Highness The Duke of Rothesay, as we enjoy a modern service alongside our MSPs and representatives of many faiths.''

The first sitting of the new parliamentary session will take place on Thursday, during which MSPs will be sworn in.

A new presiding officer and two deputies will also be elected.

Phil Neville on England training programmes based around menstrual cycles 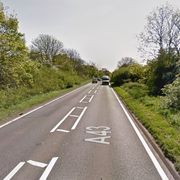