Scotland Has 'Special Place' In Union

Theresa May has said Scotland has a "special place'' in the Union as the devolution of new tax powers to Holyrood took another step forward.

The UK Government is using St Andrew's Day to make the formal Parliamentary orders necessary for the transfer which will see MSPs take control over income tax rates and bands from April 6 2017.

It comes two years after the Smith Commission, set up by David Cameron in the wake of the 2014 independence referendum, published its report.

Mrs May, who succeeded Mr Cameron as Prime Minister in the aftermath of the referendum on the UK's membership of the European Union, used her St Andrew's Day address to highlight the ties between Scotland and England.

She stated: "When I stood on the steps of Downing Street in July, I talked about the precious bonds that bind our United Kingdom together.

"Scotland has a special place at the heart of our historic union of nations and today, on St Andrew's Day, it is right that we celebrate Scotland's extraordinary contribution to our United Kingdom and to the whole world.''

The Prime Minister spoke about the ``vital contribution'' Scotland makes to the defence and security of the UK, with the Trident nuclear submarines based at Faslane on the Clyde and the work to build two new aircraft carriers that is being done in both Glasgow and Rosyth.

She also marked the "global cultural impact'' of Edinburgh's festivals and the role Scottish sportsmen and women played in Britain's success in the Rio Olympics, before hailing the "stunning contribution'' of tennis players Andy and Jamie Murray, who are ranked as the best in the world for singles and doubles respectively.

"With Scotland's pioneering spirit as a vital element in our union of nations, I am confident that together we can seize the opportunities of the future and ensure the continued success of our United Kingdom for generations to come.''

Scottish Secretary David Mundell said the "landmark'' move to transfer income tax powers to Holyrood would mean that ``the Scottish Parliament will become one of the most powerful devolved parliaments in the world''.

He said: "The Scottish Government will now have unprecedented power to shape the economy of Scotland.

"Through the Scotland Act 2016 and, most recently, the Autumn Statement, the UK Government has provided more powers and more funding for Scotland.

"It's now over to the Scottish Government to set out how it plans to use these powers to drive jobs and growth in Scotland.''

Scottish Finance Secretary Derek Mackay said: "We welcome these legislative steps which will increase the Scottish Parliament's powers over income tax from next year.

"The new powers will allow us to design an approach to taxation which will suit Scotland's needs, balancing the need to invest with the recognition that many households are facing difficult economic challenges.

"As we set out earlier this year, our income tax proposals for 2017/18 will aim to protect lower-income taxpayers and generate extra revenue for us to invest in public services.

"We will set out further details of our proposals for income tax in next month's Draft Budget.''

Winter Olympics 2022: China warns UK, US and Australia will pay the price for diplomatic boycott of Beijing Games 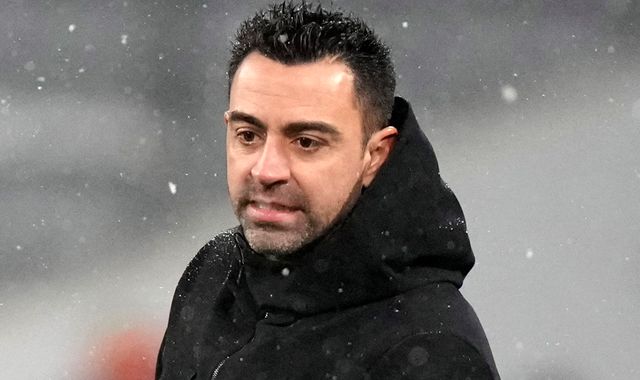