Drug deaths in Scotland will "almost certainly" top 1,000 in 2018 without a step change in strategy, a group calling for addicts to be prescribed heroin has warned.

The Scottish Drugs Forum (SDF) wants "evidence based approaches" to be adopted in a bid to reduce the rise in fatalities.

As well as calling for heroin assisted treatment - where synthetic, injectable heroin is prescribed to addicts - it wants greater use of take home naloxone kits, in a bid to prevent fatal overdoses.

The SDF, which describes itself as "an independent centre of expertise on drug use and drug problems", has launched a new campaign to raise awareness of the increasing toll of drug overdose deaths ahead of International Overdose Awareness Day on Friday, August 31.

It comes after a total of 934 drug related deaths were recorded in Scotland last year - a rise of 8% on 2016 and the highest total since the statistics began in 1996.

Drug fatalities have more than doubled in the last decade, rising from 445 in 2007, with the figures also showing the death rate in Scotland is roughly two and a half times that of the UK.

SDF chief executive David Liddell warned without action, the number of fatal overdoses could top 1,000 in 2018.

However he insisted Scotland should "aspire to eliminate drug overdose deaths".

Speak on the launch of the #StopTheDeaths campaign, Mr Liddelll said: "From speaking to our members across Scotland, it is clear that the number of drug-related deaths in Scotland continues to rise at what now seems an exponential rate.

"This means that in 2018 Scotland will almost certainly suffer over 1,000 preventable overdose deaths."

He said the #StopTheDeaths campaign - which will provide free courses allowing people to recognise and reverse an opiate overdose - was "a call to refocus our actions and to draw attention to evidence-based approaches and protective factors that can be deployed now".

Mr Liddell added: "These include improving access to take-home naloxone, ensuring people have swift access to, and are retained in, treatment in high quality services, and providing a range of opiate replacement therapies tailored to the needs of individuals, including heroin-assisted treatment.

"The good news is that drug deaths are being prevented every day in Scotland.

"However, we need a step change in terms of a co-ordinated approach and further innovation that can meet the scale of this challenge if we are to avoid the course we appear to be on.

"The Scottish Government's new national drug strategy is an opportunity to show leadership, redirect the nation and decide to end this tragic situation."

Public Health Minister Joe Fitzpatrick said: "Addressing drug related deaths is a public health priority of this government. That is why our new combined drug and alcohol strategy, publishing later this year, will focus on how we engage those most at risk, and how services can adapt to help people most in need and best deliver support.

"There is no one simple answer, to what which is a part of a wider trend being seen across the rest of the UK and Europe. However, our strategy will provide a clear strategic direction to tackle the many challenges associated with problematic drug and alcohol use.

"As demonstrated by our support for Glasgow's proposals to introduce a safer medically supervised drug consumption facility, and offer heroin assisted treatment, we are willing to back innovative, evidence-based approaches that can make a real difference. And we call again on the UK Government to allow a safe consumption facility to be established.

"The provision of Naloxone also continues to be an important tool in our efforts to reduce overdose deaths. Scotland was the first country in the world to introduce a national naloxone programme and we continue to support work nationally to improve availability." 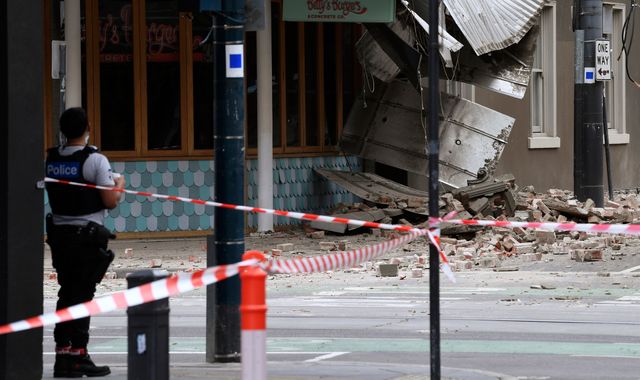