Scottish Blood Donors Down By 30% 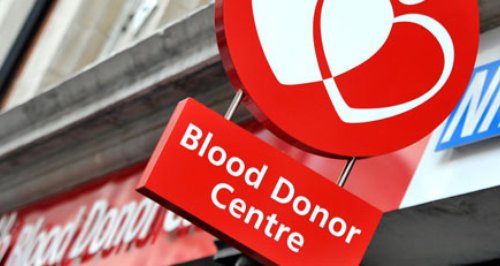 The number of new blood donors in Scotland has fallen by almost a third in the past five years, according to a survey.

The Scottish National Blood Transfusion Service found the number of people signing up to give blood across the country has fallen by 30%.

There are 126,471 active blood donors in Scotland, who have all given blood within the last year - less than 4% of the eligible population of people aged 17-70.

Researchers also discovered just 38% of people in Scotland claim to know their blood type, rising to 61% among those who have given blood.

The findings come as a new global campaign is launched to highlight the importance of giving blood and knowing your blood group.

A total of 23 blood services around the world and more than 30 companies and organisation across Scotland have joined the donation drive Missing Type.

The companies will be removing  the letters A, B and O from signs and social media posts in a bid to highlight the importance of the four main blood groups A, B, O and AB.

"In total there are eight different blood groups of which SNBTS aims to maintain a six to eight-day supply at all times. We are asking the people of Scotland to register as blood donors, donate and support us by being blood group aware.''

Bobbi McBurnie, 14, who received blood transfusions for the first two years of her life after she was born prematurely weighing less than 2lb, has taken part in an international film for the campaign and said the donations saved her life.

She said: "I have always known I was born very prematurely, and my mum has told me I was lucky to survive. Now I am 14, I understand that without blood donors I wouldn't be here. I'm proud to represent Scotland in the video, and hope it makes lots of people think about becoming a blood donor.''