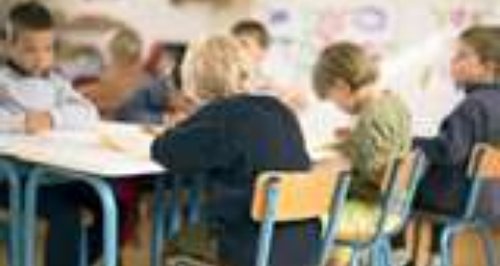 Scotland's school system has suffered from complacency and can no longer be considered as "world-leading'', according to a leading educationalist.

Keir Bloomer said there has been tendency for government "to fend off criticism'' of the sector, creating a culture of "self-congratulation'' which must be addressed if improvements are to be made.

The former President of the Association of Directors of Education has outlined his views on the state of Scottish education ahead of Wednesday's summit on school reform and raising attainment.

In his paper for think-tank Reform Scotland, Mr Bloomer says only the university sector in Scotland can still claim to be among the best in the world.

On schools, he wrote: "International surveys show a pattern of decline relative to many other countries, with Scotland performing above average but not among the best.

"Yet Scotland's government hailed the frankly disappointing 2012 PISA (Programme for International Student Assessment) results as yet another triumph.

"This culture is not one in which the system is encouraged to learn but one of uncritical self-congratulation.''

He added: "To be fair, there are some signs of a more self-critical stance emerging. The Scottish Attainment Challenge has been developed by looking outward and seeking to learn from what has been successful elsewhere.

"The government's reaction to the disappointing results in the most recent Scottish Survey of Literacy and Numeracy demonstrated a less defensive and more self-critical position than on occasion in the past.

"It is to be hoped that these examples signify a commitment from government to create a system that learns from its experiences rather than resisting any suggestion of a need to improve.''

Mr Bloomer also outlined ideas for improving the current system, including reform of governance arrangements for schools and very early interventions to tackle the attainment gap.

He said: "There has been a very gradual increase in the powers devolved to schools. Their autonomy is greater than those in many countries, but much more requires to be done.''

"Too many schools have been coasting along without real progress being made in basic skills and attainment levels.

"The Scottish Conservatives have long argued there needs to be much greater autonomy so that headteachers have the maximum facility to develop the leadership in their own schools without being constrained by policy from on high.''

A Scottish Government spokeswoman said: "This Government is ambitious about delivering a world-class education system that meets the needs of our young people and Scotland's future.

"Closing the attainment gap and ensuring every child in Scotland has an equal chance of reaching their full potential is at the heart of the government's work.

"The Organisation for Economic Co-operation and Development (OECD) report on Scotland last year highlighted a number of positive developments including our plans for a National Improvement Framework to help drive improvement across Scottish education.''