Eviction proceedings against two asylum seekers have been dropped by a Home Office contractor, according to solictors.

It comes after the Office of the Advocate General in Scotland granted the firm's client support for housing and subsistence following a new application for asylum.

The accommodation provider announced a rolling plan of lock changes in cases where asylum applications have been refused and tenants have not moved on.

A week after the policy emerged, Serco announced on Saturday it will pause the plan amid the anticipated legal challenge.

Principle solicitor Mike Dailly claimed his client and partner could still be at risk of eviction if support ended in the same way as 330 other asylum seekers under the threat in Glasgow.

The case is still set to go before the Court of Session in Edinburgh on Tuesday to debate the law.

Mr Dailly added: "Accordingly there is no need for an interim interdict hearing at the Court of Session tomorrow morning in Edinburgh, but our client's court action will proceed in terms of the legal principles in dispute."

The firm wants Serco to put all similar proceedings on hold until the Court of Session can rule on the issue, rather than for a 21-day period.

Housing and homeless charity Shelter Scotland is also taking action and presented papers at Glasgow Sheriff Court on Monday on behalf of two asylum seekers facing eviction and the case was continued.

The contractor announced on Saturday it will pause the rolling programme of lock changes ahead of the court case.

Serco has made an £80 million loss on the asylum accommodation contract in the past five years, its chief executive Rupert Soames said.

The accommodation provider has welcomed the legal action as an opportunity to gain clarity from the courts, although it insisted its approach was "fully within the law".

When is Boris Johnson's next lockdown announcement?

If we go back into lockdown, will schools close again? 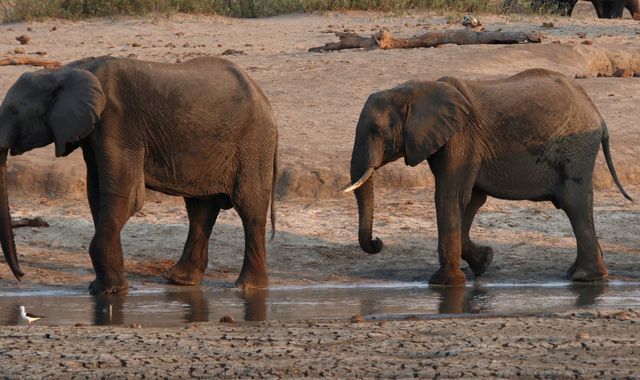 Botswana: Deaths of more than 300 elephants caused by bacteria in water