Six people have been arrested as part of an investigation into reports of child sexual exploitation in Glasgow.

A specialist police task force has been looking into claims children were being routinely exploited in the city's Govanhill area.

Five males and one female have been arrested and charged as part of the investigation, which is said to be continuing.

The others have been charged and reported to prosecutors.

A force spokeswoman said: "Our investigation into reports of child sexual exploitation in the Govanhill area continues.

"However, we can confirm that six individuals (five males and one female) have been arrested and charged in connection with offences relating to child sexual abuse and neglect.

"Of those, four have appeared in court, the others have been charged and reports submitted to Crown.

"We continue to work closely with a range of partners to ensure that support is in place and that children who may be at risk are protected.

"If you suspect a child is being abused or neglected please contact Police Scotland on 101, or 999, in an emergency."

The National Child Abuse Investigation Unit was set up by Police Scotland in 2015 to look into cases of complex child abuse and neglect across the country. 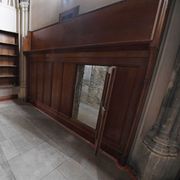