Ian Blackford MP has been named as the SNP's new Westminster leader.

The member for Ross, Skye and Lochaber will succeed Angus Robertson, who lost his Moray seat in the snap General Election.

Mr Blackford faced competition from rivals Joanna Cherry and Drew Hendry for the role after another contender, Tommy Sheppard, withdrew from the race.

He will be supported by Kirsty Blackman, MP for Aberdeen North, who was also elected as the new deputy group leader at a meeting of the SNP Westminster group.

Mr Blackford said: "It is an honour and a privilege to be elected to lead the SNP's strong and talented team of MPs during such a crucial period.

"As Scotland's leading party at Westminster, and the third party across the UK, the SNP has a huge opportunity in this parliament to stand up for Scotland's interests.

"The hung parliament means that SNP MPs will have more influence than ever before and with crucial Brexit negotiations on the horizon, it has never been more important to make Scotland's voice heard.''

"Ian has formidable professional and political experience, and has played a key role in the last two years as part of the effective opposition to the Tory government.

"Ian has led our work opposing Tory benefit cuts and supporting the WASPI women - supporting vulnerable people across the country in the face of callous Tory policies.

"Our immediate priority is to work with others in the House of Commons to put a halt to Theresa May's hard Brexit and her austerity programme - both of which have been rejected by the electorate. There can be no business-as-usual approach.

"The Tories must now listen to voters, reach out to all parties and devolved governments, and set a new course - ending austerity and building a cross-party, all-government approach to Brexit that will protect the interests of all four UK nations.''

The contest was triggered after SNP depute leader Mr Robertson lost the seat he had held since 2001 to Scottish Conservative Douglas Ross.

Mr Robertson was one of the party's high-profile defeats on election night, losing the seat by 18,478 votes to 22,637.

The SNP won 35 seats in last week's election, down 21 from 2015 - with the Tories, Labour and the Liberal Democrats all making gains across Scotland. 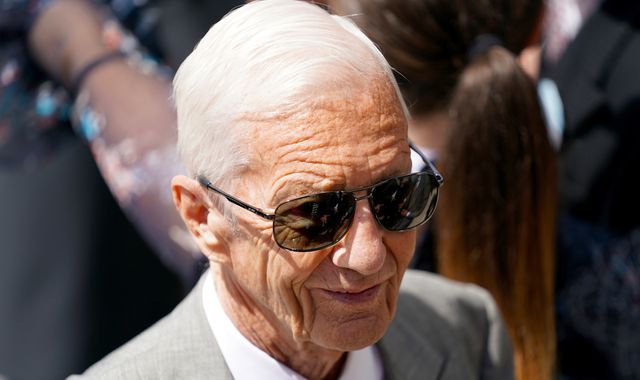