The children's ward at St John's Hospital in Livingston is to close to inpatients over the summer as a result of staff shortages.

The paediatric ward will instead become an assessment unit during the day from Friday July 7, with children being seen in the West Lothian hospital's emergency department at night and weekends.

Children who need to be admitted will be transferred to the Royal Hospital for Sick Children in Edinburgh.

NHS Lothian said it had taken the ''difficult and deeply frustrating decision'' to ensure patient safety as it struggles to recruit enough doctors.

Chief officer of acute services Jacquie Campbell said: ''Despite our best efforts we have been unable to reliably secure the levels of staffing required overnight and at weekends to guarantee a safe service.

''If we don't make changes now to the operating hours of the children's ward, we run the risk of having to make an unplanned closure at a few hours' notice, which would lead to the sudden diversion of patients. This reduction in opening hours is the safest option for the children of West Lothian.

''We are committed to reinstating the full service as soon as possible after the summer and will be working with the Chief Medical Officer, Scottish Government and the Royal College of Paediatrics and Child Health to review the steps we have taken and to identify what else can be done to guarantee safe, sustainable staffing for this service.''

Last year a study by the RCPCH recommended the ward be retained after previous temporary closures for the same reason.

Opposition parties said local residents would be ''furious'' at the latest closure.

Tory health spokesman Donald Cameron said: ''This is another downgrade at a hospital the SNP Government used to say it was committed to.

''St John's caters for a huge population centre and is a greatly-appreciated acute hospital. But this decision damages that reputation, and many will be concerned more cuts are to come.''

Labour MSP Neil Findlay said: ''Nicola Sturgeon promised to support the retention of these services. She has clearly broken that promise.

''It is simply not good enough - the SNP Government and NHS have once again failed to deliver on their promises. Scottish Labour will fight this closure.''

Green MSP Alison Johnstone said: ''While I appreciate patient safety comes first, I call on the Cabinet secretary to make the reopening of this important unit a priority, and I will work with her and colleagues of all parties to achieve this.''

Health Secretary Shona Robison said she has written to the health board ''to emphasise the importance I attach to early reinstatement of this vital service''.

She said: ''NHS Lothian has assured me they will engage again with the Royal College of Paediatricians to identify solutions for sustainable services for patients. The board has confirmed they will reinstate a full service as soon as possible after the summer.

''The Chief Medical Officer and the Scottish Government's director of performance will keep progress under review over the coming weeks.

''We are continuing to work with NHS Lothian to ensure the services on offer at the St John's in-patient paediatric ward remains safe and sustainable in the long-term.'' 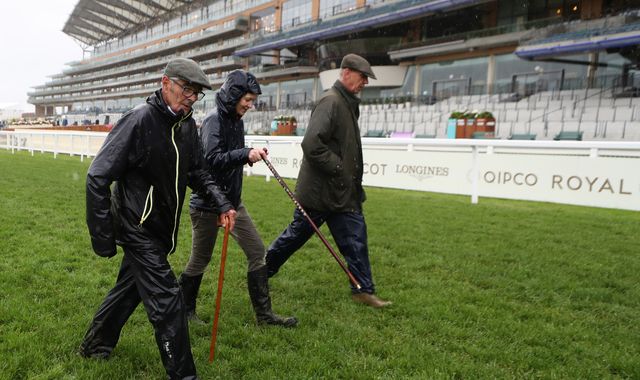