Nicola Sturgeon has been urged to ditch any plans for a second independence referendum and instead focus on improving Scotland's education system.

Tory leader Ruth Davidson said another vote on the future of the UK would only "distract'' the First Minister from her stated priority of closing the attainment gap in Scotland's schools.

The Conservative will use a speech at the London School of Economics on Monday to urge Ms Sturgeon to make a choice.

Ms Davidson will say that since the SNP came to power in 2007 ministers have been "asleep at the wheel on education'' and that "constitutional division has taken precedence over education reform''.

The Scottish Government has outlined "ambitious and far-reaching'' reforms to education, she will add.

But Ms Davidson will say: "If the First Minister now says she wants an 'absolute focus' on education, why is she considering another referendum campaign which will inevitably distract her from that goal?

"How can education be 'the priority'' for her, if she plunges us back into another all-consuming fight over Scotland's place in the UK?

"If she spends the next two years fighting over a second referendum, how will her government have the time to deliver the changes in education she says she wants?''

School reforms "only really work with a committed and focused government at the centre, driving change forward'', the Tory will argue.

She will say: "So I believe the First Minister now faces a choice.

"Either to focus on her own priority, and ensure our schools are turned around.

"Or to push ahead with a second referendum which will only distract her from that goal.

"She says she wants a second referendum. I say, Scotland's children won't get a second chance.

"Either she focuses on her own-stated priority of education. Or she betrays that pledge in favour of the SNP's constitutional obsession. She simply cannot have it both ways.

"Simply put, I do not think the majority of people in Scotland will tolerate the SNP setting all things aside over the coming two years to re-fight a campaign on independence.''

A spokesman for the SNP said: "The Tories are desperately trying to distract from the complete shambles that is their handling of Brexit - a situation imposed on Scotland despite our overwhelming Remain vote.

"After the Brexit vote, Ruth Davidson said that protecting our place in the single market should be the 'overriding priority'. Now the born-again Brexiteers in the Scottish Tories expect us to let Theresa May push on with a hard Brexit that could cost 80,000 jobs in Scotland over the next decade.

"Tackling the attainment gap is the SNP's number one priority in government - and our budget, which the Tories voted against, will give schools an additional £120m in increased resources to give all children the best start in life.'' 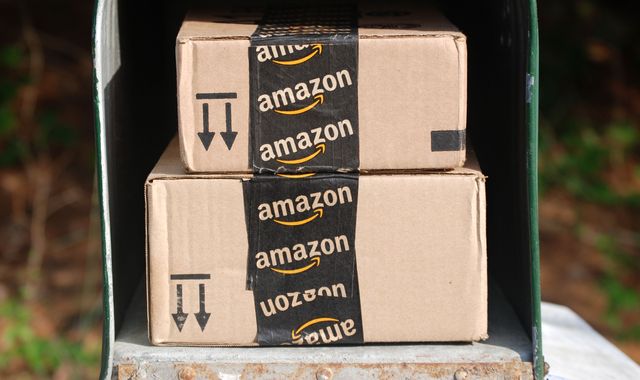 Amazon to create more than 10,000 new UK jobs this year