Nicola Sturgeon is to urge politicians, business and universities to join an ''all-Scotland'' coalition to oppose a hard Brexit.

The First Minister will seek to bring together organisations and parties with the aim of protecting Scotland's place in the European single market.

The Scottish Government has said it will bring forward specific proposals for a so-called flexible Brexit that would keep the nation in the single market, even if the rest of the UK was not part of the trading agreement, in the next few weeks.

Opening the annual National Economic Forum in Edinburgh, Ms Sturgeon is expected to say: ''Creating jobs, expanding the economy and growing tax revenues - these priorities are at the centre of everything we do. But economists have estimated a hard Brexit will cost Scotland 80,000 jobs within a decade.

''I believe a coalition can be built to keep the UK as a whole in the single market. That outcome is in the best interests of everyone in these islands. So we will work with other organisations and parties, not just in Scotland but across the UK, to achieve that outcome.

''And in Scotland, regardless of the positions people take on the constitutional future of Scotland, on this central issue of single market membership there is widespread agreement. Rarely has there been such unity on an issue.

''We will work constructively with all relevant parties to achieve the goal of retaining our place in Europe and single market membership.''

The event takes place just days after Ms Sturgeon attended what she described as a ''deeply frustrating'' Brexit summit in Downing Street between Prime Minister Theresa May and devolved leaders.

Speaking afterwards, the First Minister said she was not prepared to ''stand back and watch Scotland driven off a hard Brexit cliff-edge'', despite a warning from Number 10 that the devolved administrations must not try to undermine the UK's negotiating position.

Mrs May has said she will strike a bespoke Brexit deal that works for the whole of the UK, but Ms Sturgeon has warned that the Prime Minister should be under no illusion about her party's determination to hold a second independence referendum if the SNP felt that was in the best interest of Scotland. 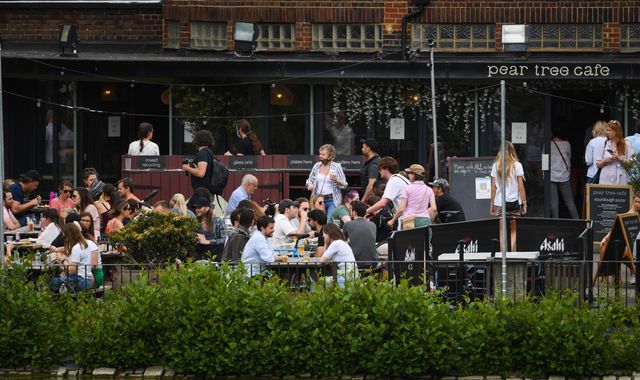