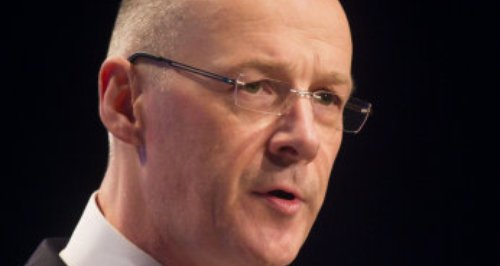 Cosla, the umbrella body for local authorities, urged the Education Secretary to "proceed with caution''.

The summit follows new figures from admissions body Ucas published last week which showed the number of 18-year-olds from the most deprived areas in Scotland going to university has fallen, while the number of those from the country's richest communities has risen.

Ms Primrose said: "Ahead of Wednesday's summit I would appeal to Mr Swinney to proceed with caution. The aim of central government, local government and all those with an interest in young people is the same, we all have similar aspirations, we all want them to succeed.

"There is plenty to be celebrated within the Scottish education system and to proceed in a hasty manner could do irreparable damage for future generations.''

She said Scotland's local authorities were willing to play their part to tackle the "room for improvement in the system'' and warned against treating "any aspect of a child's development in isolation''.

She added: "Right now, if a child needs extra support, the council is there for them with all the services and expertise that is required to make a real difference. We will improve attainment of children in poverty only by supporting the whole family.''

At First Minister's Questions Nicola Sturgeon faced criticism from opposition MSPs over the "shocking'' Ucas figures but said it was ''simply wrong" to suggest progress is not being made in increasing university applications from poorer areas and that the figures missed out those who entered higher education via college.

She has ordered a report into widening access to university, and said a commissioner for this would shortly be appointed.

Deputy First Minister and Education Secretary, John Swinney, said: "We are committed to working with partners across the board and drawing on their expertise to give Scotland's children the best possible chance in life.

"This education summit will bring together a wide range of people, all with an interest in improving Scottish education, to identify how we can make progress.

"We welcome the acknowledgement from Cosla that there is room for improvement in the system, and we are drawing from the knowledge of teachers, pupils, local authorities, education experts, political leaders and others to look at how we can move forward together.

"The summit will also look at how we can best engage with communities and work with parents, community groups and others towards the common goal of raising attainment and closing the poverty-related attainment gap.

"We must go further and faster to make the substantial progress that is required during this parliamentary term to implement the mandate the Government received at the election.''