A taxi driver is in hospital after he was stabbed in a "brutal'' group attack in Glasgow.

The 30-year-old victim was assaulted after taking three passengers to the city's Altyre Street at about 2am on Saturday.

He had picked up the fares - two men and a woman - in Hamilton Road, Cambuslang, to take them to the street.

On arrival the man, who was sitting in the passenger seat, drew a knife, causing the driver to flee the car.

He was then surrounded and attacked by a group of men and women who came out of a property in the street.

The taxi passengers were involved in the attack, which police are treating as assault with intent to rob.

The victim was able to get back into his taxi and drive a short distance before calling an ambulance.

He was taken to Glasgow Royal Infirmary for treatment to a stab wound and is said to be in a stable condition.

Police Scotland Detective Inspector Tom McKean said: "Why a group of people would target an innocent man in this brutal fashion is beyond me and we are currently working to establish the motive for this horrendous incident.

"This type of behaviour is disgraceful and simply will not be tolerated and our officers will do everything they can to find the people responsible for this despicable crime.

"I would appeal to anyone who was in Altyre Street or the surrounding area in the early hours of this morning, who may have witnessed a disturbance or saw anything suspicious, to get in touch.''

The first male passenger is described as short, in his late 20's, of medium build and spoke with a Glasgow accent.

The second male passenger spoke with a Glasgow accent, while the female passenger is described as around 5ft 4in and of slim build.

Anyone with information is asked to contact Shettleston CID on 101 or Crimestoppers on 0800 555 111. 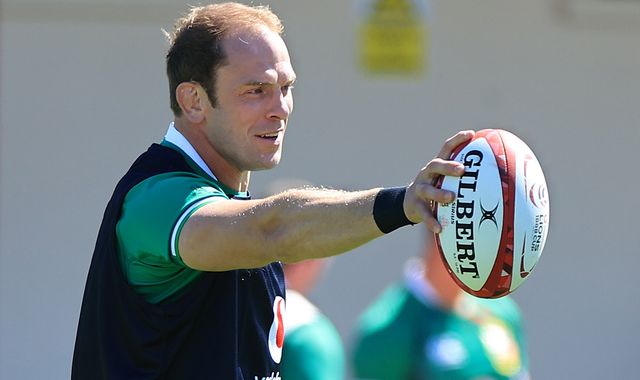