Taylor And Calvin Split Up 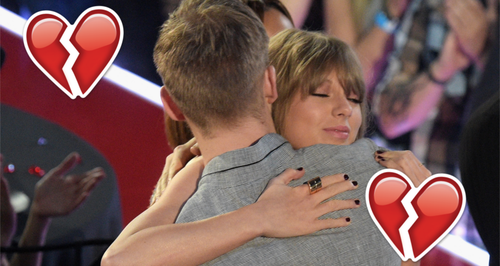 A source confirmed the US singer and Scottish producer Harris had split up after 15 months together.

Swift, 26, had shared a series of photographs on Instagram in March as the couple celebrated their first anniversary with a tropical getaway. She also posted a video as she watched Harris's headline slot at the California music festival Coachella in April.

Harris was recently forced to cancel a number of gigs after he was involved in a serious car crash in Los Angeles.

Harris, 32, whose real name is Adam Wiles, was a passenger in a Cadillac when the vehicle collided with a Volkswagen Beetle in Coldwater Canyon, near Beverley Hills on May 20.

A statement posted on Harris's Facebook page last week said he was "still recovering'' as he pulled out of two Las Vegas shows. He had previously cancelled a performance at the Omnia nightclub in Las Vegas and a headline slot at the Hangout Festival in Alabama following the crash.

Harris's current single with Rihanna, This Is What You Came For, was at number three in the UK singles chart last week.

Swift, who has become one of the world's biggest pop stars with hits including Shake It Off and Bad Blood, has previously been romantically linked with One Direction star Harry Styles.