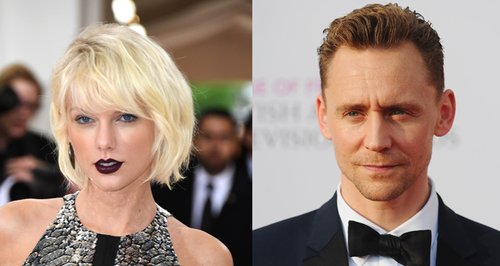 Pop star Taylor Swift and actor Tom Hiddleston have been pictured kissing amid reports of a romance.

The photographs of the couple in The Sun emerged two weeks after the 26-year-old Shake It Off singer's split with Scottish DJ Calvin Harris.

The pictures of Swift and Hiddleston were apparently taken in the US state of Rhode Island.

Hiddleston, 35, who is rumoured to be in the running for the role of James Bond, met Swift at The Met Ball in New York last month.

The couple were seated next to each other at dinner and were spotted dancing together.

Swift and Harris parted after 15 months together.

The Pennsylvania-born singer and her 32-year-old former boyfriend, whose real name is Adam Wiles, appear to have deleted photographs of each other from their Instagram accounts.

Harris's recent collaboration with Rihanna, This Is What You Came For, was a top five hit in the UK singles chart.

Swift, who has become one of the world's biggest pop stars with hits including Bad Blood and Blank Space, has previously been romantically linked with One Direction star Harry Styles.