Police investigating a sex attack have say two men seen in the area may have important information.

A 22-year-old woman was assaulted in Whitehills Terrace, close to St Louise Primary School in East Kilbride, in the early hours of Saturday, October 14.

Detectives are appealing for anyone nearby between 3am and 5.30am that day to contact them.

They are asking two men who were in the area together to contact police as they believe they might be able to provide vital information.

Detective Inspector Stevie McMillan said: "A significant number of inquiries have been carried out in order to identify who is responsible for this attack which has left this young woman distraught.

"We believe that these men might have important information which could help with our inquiries, therefore I would ask them to come forward to police."

The first man was white, in his early 20s, about 6ft and skinny, wearing a light grey hooded tracksuit top and grey slim-fit tracksuit bottoms.

The second man was white with light "fluffy" stubble, in his early 20s, about 5ft 10, slim, and wore a black hooded top with a large white Adidas logo on the chest and three white stripes on the sleeves, light blue skinny jeans and black Vans trainers which had a white sole.

Both men had their hoods up.

Mr McMillan said: "This has been a very traumatic incident for the victim and we have been ensuring she is receiving the support she requires at this time.

"We appreciate that residents may be worried, however we would like to reassure members of the community that this is an isolated incident and crimes of this type are thankfully rare."

Police said that extra uniformed patrols would continue in the area. 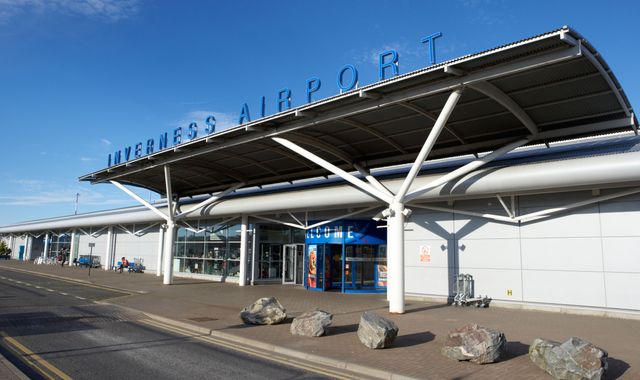