The European Court of Justice (ECJ) has ruled that the UK can unilaterally revoke its withdrawal from the EU.

The court found that if the UK does decide to revoke Article 50 and stop the Brexit process it would remain in the EU as a member state and the revocation must be decided following "democratic process".

In a statement, the ECJ said: "In today's judgment, the full court has ruled that, when a member state has notified the European Council of its intention to withdraw from the European Union, as the UK has done, that member state is free to revoke unilaterally that notification.

"That possibility exists for as long as a withdrawal agreement concluded between the EU and that member state has not entered into force or, if no such agreement has been concluded, for as long as the two-year period from the date of the notification of the intention to withdraw from the EU, and any possible extension, has not expired."

It added: "The revocation must be decided following a democratic process in accordance with national constitutional requirements. This unequivocal and unconditional decision must be communicated in writing to the European Council."

The court ruled, contrary to the UK Government's position, that the case is "relevant and not hypothetical".

However, the UK Government has said its policy is not to revoke Article 50.

They argued that unilateral revocation is possible and believe it could pave the way for an alternative option to Brexit, such as a People's Vote to enable remaining in the EU.

Lawyers representing the Council of the European Union and from the European Commission argued that revocation is possible but would require unanimous agreement from all member states.

The case was originally heard by the Court of Session in Edinburgh and two attempts by the UK Government to appeal against the referral to the European Court were rejected.

The case will be referred back to the Court of Session, where judges are expected to "frank" the decision and declare the European Court's answer to be the law on the matter.

Scotland's Constitutional Relations Secretary, Mike Russell, said: "This is a hugely important decision that provides clarity at an essential point in the UK's decision-making over its future relationship with the EU.

"People in Scotland overwhelmingly voted to remain in the EU and that continues to be the best option for Scotland and the UK as a whole.

"This judgment exposes as false the idea that the only choice is between a bad deal negotiated by the UK Government or the disaster of no deal.

"We now know, thanks to the efforts of Scotland's parliamentarians, that remaining in the EU is still on the table."

She added: "So an extension of Article 50 to allow time for another vote, followed by revocation of Article 50 if the outcome is Remain seems to be an option that is now open to the House of Commons." 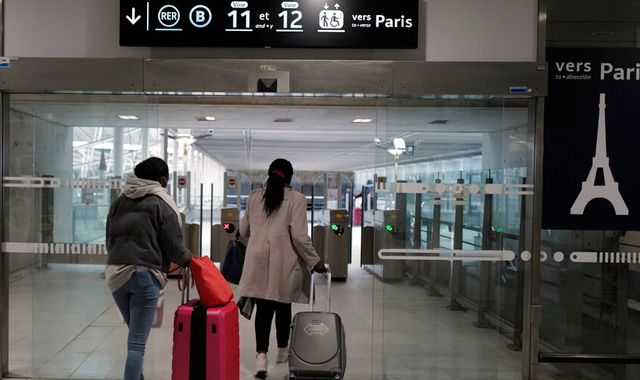