The British comedian James Corden is joined by Londoner, Adele in a hilarious skit for his talk show.

In fact, it could be called the London Edition with the pair taking a drive around London!

The duo who obviously have a lot of banter, are seen belting out the lyrics to songs from her 25 album and Adele even asks the cheeky chappy for hair advice.

Read more: The Ultimate James Corden Video Playlist To Have You In Stitches 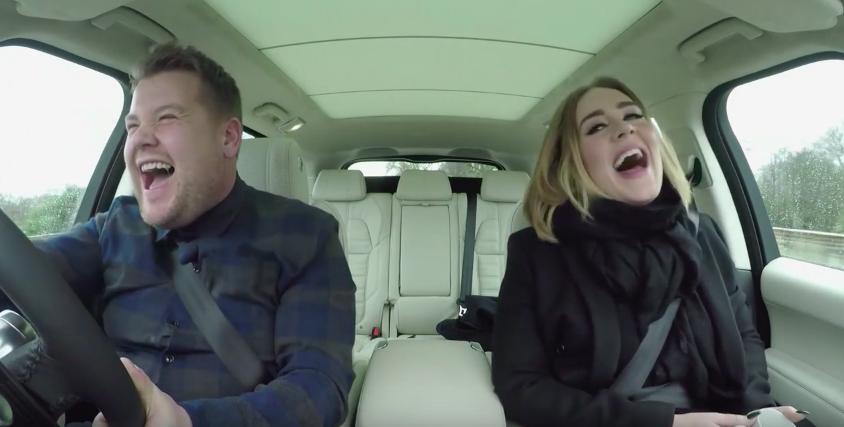 Amazing revelations we found out about Adele from the Carpool Karaoke:

1. Adele plays the drums in the track Hello

2. When Adele is drunk she does great things like pay for strangers' dinner

3. She is a SUPER Spice Girls fan. When Geri Halliwell left the band, she was "truly heartbroken"

4. This is the last album she names after her age. Her next one will just be 'Adele'

8. She never tells her name to restaurants incase they call the paps

Just when we though Carpool Karaoke couldn't get any better...