Alan Carr reveals Adele got ORDAINED so she could marry him

The Chatty Man host revealed the Hello hitmaker even offered up the back garden of her home in Los Angeles home as a venue for their wedding in January.

The jaw-dropping revelation went down a storm with presenters Emma Willis and Rylan Clarke-Neal, when the 41-year-old funnyman dropped the bomb on This Morning.

Alan, who has been pals with Adele since she was 19, confessed: "Yeah, [it was] in January. We got married in Adele’s back garden, in LA. I’m not giving you any postcodes! She’s known me and Paul for ages.

"[Adele] said: 'I want to do your special day. I want to do everything'. She got ordained and she married us. She is the kindest, most sweetest. She flew us to Vegas to see Celine Dion sing. She [Adele] sang my first dance. It was the best day of my life." 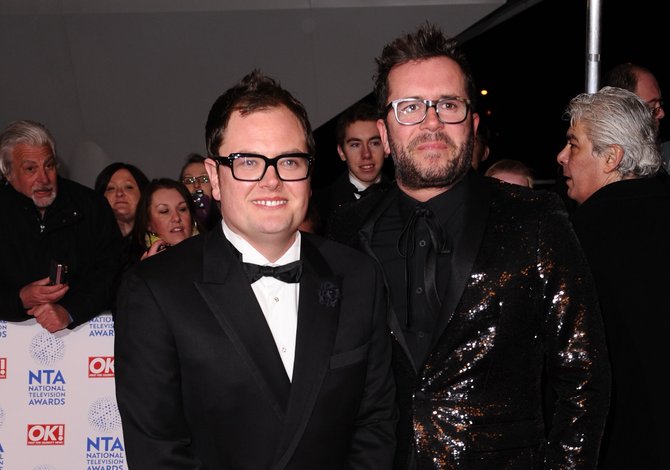 Alan didn't stop singing Adele's praises, as he continued: "She’s the loveliest person going. What you see is what you get. Simon her lovely partner [too].

"It was lovely. I just want to tell everyone. She won’t say because she’s so private. Flowers, three-course meal, she just planned it all. It was the best day of our life."

Now, Adele has finally shared a picture of the over-the-top outfit she wore to conduct the ceremony after sharing a picture on Instagram.

The singer looked incredible in a white priest robe and gown as she posed in front of a flower wall.

She added a caption reading: "Seeing as the cats out the bag. I married two of my best friends in January. You know me any excuse to dress up. (sic)"

Seeing as the cats out the bag. I married two of my best friends in January. You know me any excuse to dress up... @chattyman #LoveisLove