Fans of the presenting duo sprang into action yesterday.

The Geordie duo are nominated for the Best Presenter award at the National Television Awards, an accolade which they have won a whopping 16 times already.

The NTA's are voted for by the public and in a last minute plea to gain votes before voting closes at noon today, the pair posted the following...

Less than 24 hours to vote for all your favourites at the @OfficialNTAs.
Vote closes at noon tomorrow.https://t.co/Gzd1Z7x7WZ

As the Geordie duo's army of fans rushed to help the NTA website CRASHED from the sheer volume of traffic heading over to the site thanks to the Tweet.

Read More: Holly And Phil WON'T Beat Ant And Dec At The NTA's According To Their Co-Star!

Fans who were trying to cast their votes tweeted in frustration about the websites problems with some even saying "It's a conspiracy!". 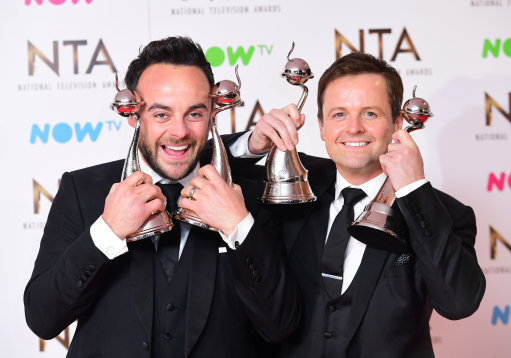 Ant and Dec are up against Holly Willoughby, Phillip Schofield and Bradley Walsh for the award, but does this incident signal that the boys are likely to win for a 17th time?

We won't find out until Tuesday but even This Morning star Alison Hammond doesn't think Holly or Phil have what it take to steal And and Dec's Crown!

The NTA winners will all be revealed next Tuesday.