Ant And Dec Might Finally Lose Their Best Presenter Crown At The NTA’s This Year!

This is the 17th year running that the Geordie duo have been nominated.

Ant and Dec have bagged the Best Presenter National Television Award for a whopping sixteen consecutive years, but could this be the year they are dethroned?

The pair are in a category filled with stiff competition including that from Phillip Schofield and Holly Willoughby who have been nominated individually for the award. 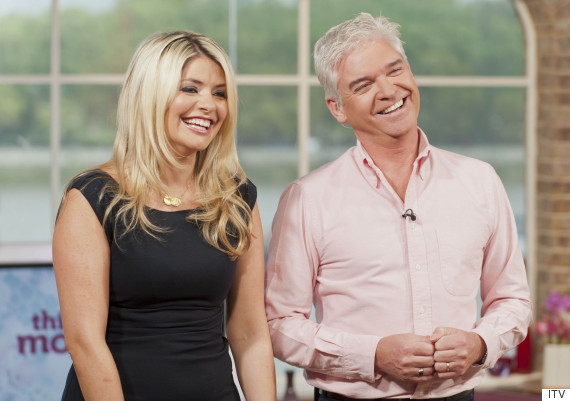 They're also joined by another fan favourite, Bradley Walsh, who wins over audiences everyday with his work on ITV gameshow, The Chase.

If there was any year the Geordie duo might be at risk of losing their title it looks like this year could be it!

But aside from the speculation as to whether the boys might win the move to put Holly against Phil seems controversial especially as they appear on our TV's daily as one of the nations most loved double acts on This Morning as well as on Dancing on Ice.

Read More: Holly And Phil's Naughtiest Moments On This Morning

This Morning editor Martin Frizell said: "We are really proud that Phillip and Holly are also nominated individually as Best Presenter, they are the best in the business but don’t ask us to choose, that’s like having to decide which of your children you love the most.”

This Morning has had a nod in the Daytime TV category and will go up against Loose Women, The Chase and The Jeremy Kyle Show.

Who do you think should win the coveted Best Presenter prize?