Ant's wife Lisa Armstrong is heartbroken after reading in the papers he is dating his PA... who she considered a 'friend'.

Less than six months after announcing he was divorcing his wife of 11 years, I'm A Celeb presenter Ant McPartlin, 42, has reportedly found love with his personal assistant Anne-Marie Corbett.

The development has devastated his estranged wife Lisa, 41, who tweeted that Ant's new love interest is a close pal of hers.

Reports by The Sun claim Ant had been seeking support from mum-of-two Anne-Marie, who stood beside him as he went to court following his drink driving conviction in March.

Anne-Marie is thought to have broken up with her husband back in October 2017, with sources close to the pair denying that her blossoming romance with Ant as a reason for the split. 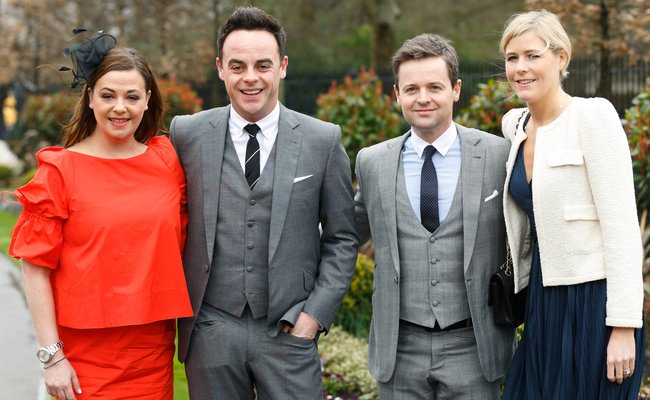 Who is Anne-Marie Corbett?

Anne-Marie Corbett is Ant McPartlin's rumoured new girlfriend. She served as Ant's personal assistant and has been employed by the same management company as Ali Astall, Declan Donelly's wife, for ten years.
The Sun on Sunday sensationally revealed how she had stood by Ant though his toughest times, and has been crucial in his road to recovery.
Anne-Marie, 42, was pictured at Ant's side when he was arrested on suspicion of drink driving in March and again when appeared in court.
A source said: "He’s had a tough time of it, but Anne-Marie has put a smile back on his face again. She has been his rock.”

How long has Ant been dating Anne-Marie?

It's thought that Ant could have been dating Ant as early as March this year, as she was pictured sending him off to work with a packed lunch from the home he rented after splitting with Lisa.
She was later spotted again in April while on a dog walk with the presenter following his trip to rehab, and then again on a shopping trip to Harrods.

The source said: “She has worked with him for a while as his PA and things have always been strictly professional.

“But recently something changed and they started becoming more than just friends.

“Both of them are single so they decided to try and see whether something could happen.

“They haven’t actually been on any official dates but they’ve been seen together, with Ant always beaming from ear to ear.

“They don’t live together, but have been living out of each other’s pockets.“