Always one for a good sense of humour, David Walliams has now taken it to the extreme by posting a nude portrait of his fellow BGT judges.

The 46-year-old judge took to Instagram yesterday to share a drawing of himself, Simon Cowell, Amanda Holden and Alesha Dixon letting it all hang out. 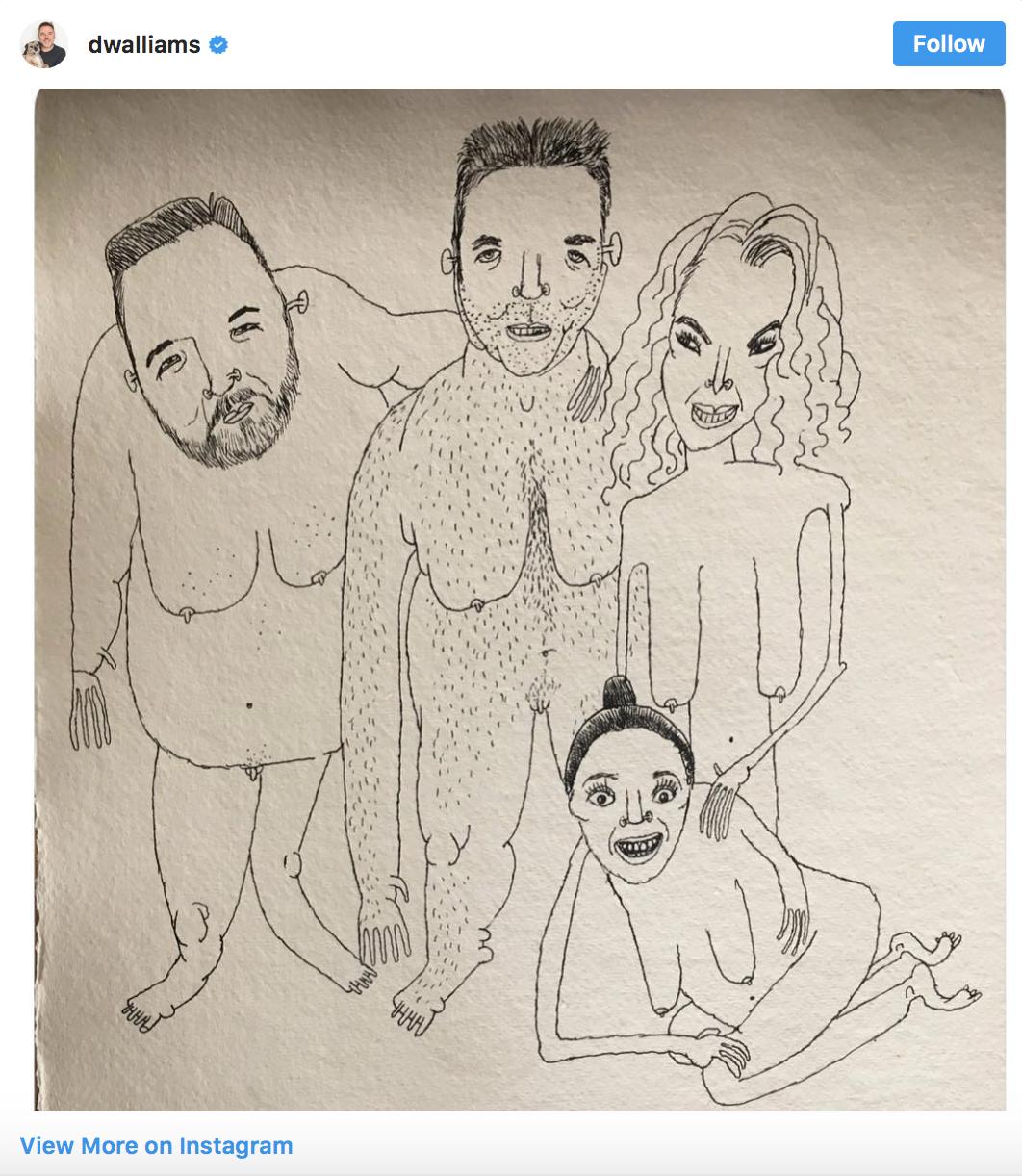 Letting the hilarious portrait speak for itself, he simply captioned the pic: “@bgt judges by @vicreeversart” and the image no doubt left fans in hysterics.

One wrote: “Aha! Best thing I’ve seen all day!”, whilst another added: “Oh my goodness, I can't breathe, I can't see for tears of laughter. Hilarious!!!”

Meanwhile, Amanda and Simon were able to see the funny side of things, as Amanda commented, “my tits” followed by loads of laughing-crying emoji’s.

I must have said something rude. @AmandaHolden @BGT pic.twitter.com/v0ydIvTLXY

Fair statement to be honest, the artist did make them hang lower than we ever could’ve imagined on dear Amanda.

Simon added: “It’s like a photograph.” Really Simon? Now we can’t get the image out of our head!