The judges looked shaken up after the dramatic moment.

There have only been two Britain's Got Talent live semi finals so far and it's already been a very eventful week.

During Monday's show paramedics had to be called to help magic act Matt Johnson while the show also faced technical difficulties and went off air for a short period.

The second night of the week was no less dramatic after a stage invader ran out of the crowd and pressed all the judges buzzers.

Amanda screamed and shouted 'I need a gin!' as the uninvited guest was wrestled away by security.

Read more: This BGT star wants to get Meghan Markle and Prince Harry on stage with him

A shocked Dec watched the whole thing unfold from the stage and try to get the show back on track as the judges composed themselves.

But Simon looked particularly annoyed by the situation as he held his head in his hands and said defeatedly: "It's just one of those nights". 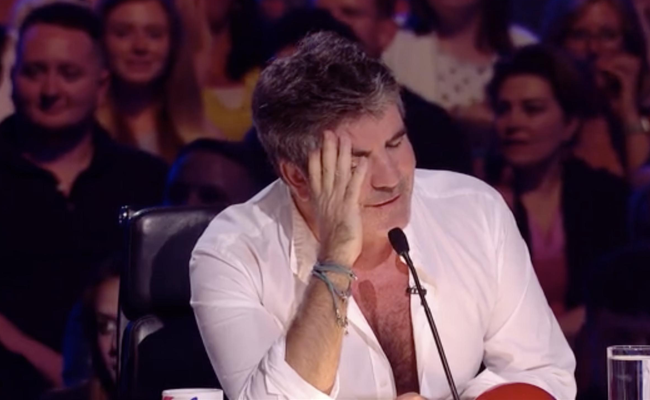 The judges were already on the edge of their seats after just finishing watching magic act Magus who finished his performance by appearing behind the panel and giving them a fright.

Many took to Twitter to praise the security guard for his impressive tackling of the intruder...

What a take down! Take a bow mr security man #BGT #BGTSemiFinal pic.twitter.com/3Z8i1MOh9n

That security guard on @BGT should go through to the Final on that epic tackle on the pratt that hit the buzzers....

Also was it me, but it looked like Amanda and Simon having a heated discussion