TOWIE and The Mummy Diaries star Billie Faiers and fiancè Greg Shepard have been together for six years but how did they meet and when are they getting married?

It's not long until The Mummy Diaries returns to ITVBe and Billie Faiers and fiancé Greg will be opening up about their life as they join sister Sam Faiers and her partner Paul Knightley on the reality series.

With Billie and Greg become regulars on the show last time, fans of the mummy series become fascinated by the Shepherd family, in particular daughter Nelly – who recently nearly grounded a plane – intrigued to find out more.

Billie has been engaged to Greg since he popped the question in 2014 when she fell pregnant with their first child Nelly.

Since then, the couple have welcomed a son Arthur and will finally say 'I do' when they walk down the aisle in 2019 to become husband and wife.

So what do we know about Billie Faiers and Greg Shepard's relationship?

Read more: Sam Faiers shares first snap of newborn as she gushes over sex of the baby 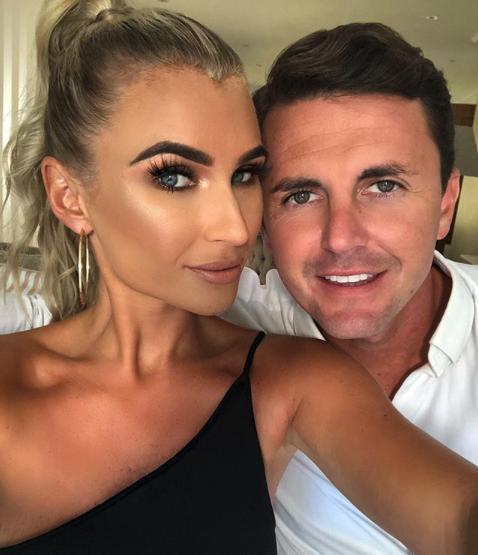 How did Billie Faiers and Greg Shepard meet?

Their love story begins in 2012 just before Billie made her debut in TOWIE.
As their romance grew Billie decided to keep her relationship with Greg off the show in a bid maintain their privacy.

In 2013, Billie told Closer magazine: "The producers have asked him to come on the show, but he’s a successful businessman and I like to keep the relationship private. I enjoy keeping Greg and TOWIE separate – I can come home from a long day of filming and have a sense of normality."

When did Billie and Greg get engaged?

Greg popped the question to Billie when she was pregnant with Nelly, and decided to get down on one knee when they went on holiday to the Maldives.

The businessman pulled out all the stops so they could have their very own island, and whilst there he asked her to be his wife.

Greg propposed to Billie with a stunning five-carat stone ring with two small diamonds either side, after getting the keepsake designed by jewellers in Hatton Garden.

Speaking to OK! magazine following the proposal, Sam Faier's sister said: "He said, 'I love you, I want to spend the rest of my life with you and I know our baby will be just as beautiful as you are. Will you marry me?' Then he started crying.

"It took a while for it all to sink it and then ten minutes later I got a bit tearful too."

The reality of trying to get a picture as a family of 4 ... (swipe) #family #holiday #fun #beachclub #happysaturday

When will Billie and Greg get married?

Billie and Greg are yet to tie the knot despite being engaged for four years.

However, the pair have been in no rush to say 'I Do' claiming they've simply been too busy to plan a wedding.
She told Reveal magazine: “It's going to be more like 2019. Me and Greg have had such a busy year."
In The Mummy Diaries, Billy did allude to the type of dress she would want to wear on her big day and opted for a fishtail lace gown with a fur stole.

How many children do Billie and Greg have?

Billie and Greg welcomed their daughter Nelly in July 2014, three years before their son Arthur came along in 2017.
It appears though they could make room for one more child, as Billie told OK! magazine "three is a good number".