The professional dancer revealed on Lorraine that his Strictly Come Dancing contract hasn't been renewed.

Strictly Come Dancing veteran Brendan Cole revealed today that he won't be returning to the show when it's back on screens later this year.

The professional ballroom and latin dancer has been a part of the show for fifteen years since its first series and is one of the few original dancers remaining.

He revealed the sad news to Lorraine this morning live on ITV.

He explained: "It's actually quite hard to talk about. The BBC haven't renewed my contract."

"We get contracted year upon year. They’ve made an editorial decision to not have me back on the show. I’m a little bit in shock. I’m quite emotional, a bit raw about it.

"It’s done via a process of a phone call and stuff. I have had 15 incredible series on the show. I’m very proud of the whole show. It’s a great team. I’m disappointed. It’s very hard to talk about. It’s a recent decision." 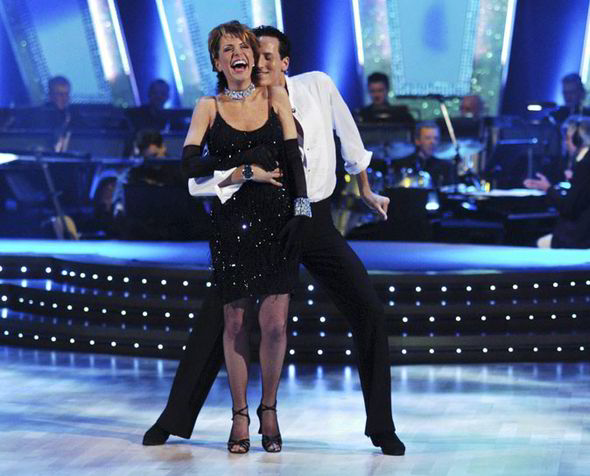 Natasha Kaplinsky and Brendan Cole in during series 1 in 2004 | Picture: BBC

This news will come as a shock to fans of the show who have enjoyed watching Brendan dance with a whole host of celebs during his time on the show including Sophie Ellis-Bextor, Charlotte Hawkins and Natasha Kaplinsky who he controversially began a relationship with during their time as partners on the show.

This now leaves Anton Du Beke as the only remaining dancer who has been on Strictly since series one.