The TV presenter blames her curves on years of strenuous workouts...fans aren't convinced.

Carol Vorderman sent fans into a frenzy earlier this week with her Kim Kardashian-esque curves, but the former Countdown host insists her perky bum is down to hard work and hormones - not implants.

The 58-year-old Tv presenter intact credited her age-defying figure to decades of hard gym routines and admitted to often showing off her derrière by going commando.

Just days ago Vorderman denied having had bum implants or wearing padded underwear after a series of photos surfaced of the star leaving the ITV studios in a figure hugging top and skinny jeans.

Caught ordering an uber by paps today after a meeting.....an old ⁦@KarenMillen⁩ top and old jeggings from ⁦@marksandspencer⁩....bit of a fuss in papers but it's the same old Vorders..... pic.twitter.com/TmXskDpFbB

Posting one of the photos to her Twitter page, the TV legend said: 'Caught ordering an uber by paps today after a meeting.....an old ⁦@KarenMillen⁩ top and old jeggings from ⁦@marksandspencer⁩....bit of a fuss in papers but it's the same old Vorders.....'

Carol has hereditarily been praised for her curvy bum in the media after winning the Rear of the Year award in 2011 and in 2014, so she insists that she's 'always had a huge a**'.

And how does she manage to keep such a perky figure in her late 50's we hear you ask?

As well as blaming her high waisted jeans for accentuating her figure, Carol revealed her secret workout with the Mail Online and it sounds nothing short of tiring. 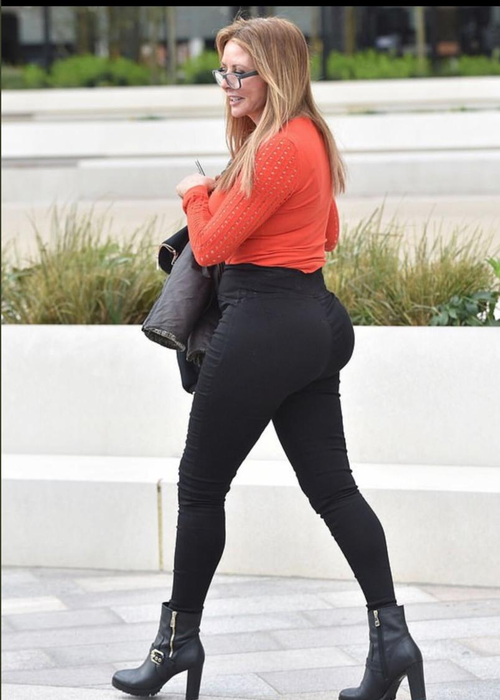 Speaking to the publication she said: 'I promise I haven’t had bottom implants... I’ve been working out for decades, so the shape of mine is down to years of keeping fit.'

'You go down slowly and power up. They’re called goblet squats. They’re much more precise and targeted, and by the end your muscles are screaming!' she said.

'Then I do a straight-arm plank as well as lunges and hip thrusts with weights.' 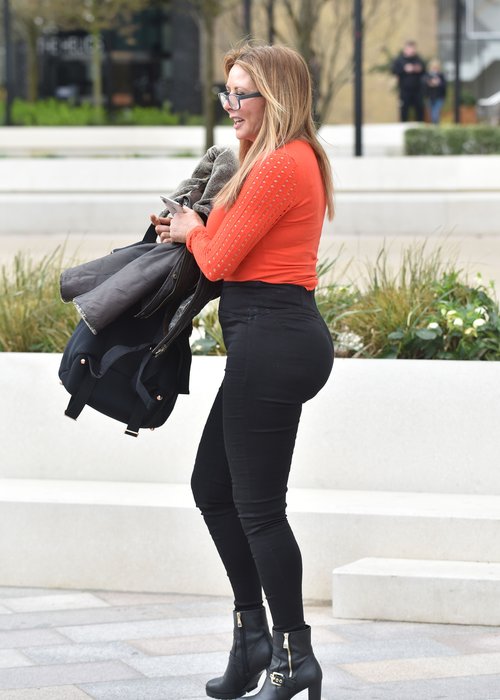 The star also blamed her age-defying curves on her HRT doses that she takes as a result of her menopause which includes an increased amount of testosterone and oestrogen.

And the hormones seem to be giving Carol a new lease of life in the dating department with the star adding: 'I have a number of special friends but I’m not doing anything wrong. Everyone’s single. And yes, apart from one, they’re all younger than me.

'I don’t want to settle down. I’m enjoying my freedom.'

Earlier this week fans of the TV host were comparing her to Kardashian clan after the star was spotted wearing a tight orange top and black jeans on Wednesday.

One fan wrote, 'You look like that Kardashian woman' while another posted 'Same old vorders? Really come on. #Siliconexplosion'

One follower even wrote: 'Wow. You look hotter than all the chillies on this planet put together.'