The ex-TOWIE star greeted Love Island's Gabby Allen awkwardly following claims that they had an affair.

Celebrity Big Brother kicked off again last night and two celebrities who have found themselves stuck in the CBB house together for the next month are ex-The Only Way Is Essex star Dan Osborne and Love Island 2017's Gabby Allen.

The two were previously linked when it was rumoured the pair had an affair while working away at a boot camp in Marbella and the claims are said to be the reason Dan and his pregnant (at the time) wife, Jaqueline Jossa, split up.

Both stars denied the rumours and instead insisted they just got on as friends.

During last nights CBB opening fans held their breath for an awkward reunion between the pair following the drama and it happened with a moment viewers labeled 'cringeworthy'. 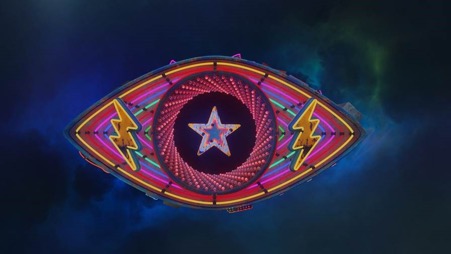 The theme of this year's CBB is 'Eye of the Storm' | Picture: Channel 5/Big Brother

She saw Dan and said 'Hello love!' followed by awkwardly leaning in for a kiss on the cheek and a hug before swiftly moving on to introduce herself to the other housemates.

Fans at home were left squirming...

The cringe exchange between Dan and Gabby ew ew #CBB

Dan and Gabby. How awkward #CBB

However fans couldn't help but wonder about Dan's wife Jacqueline left at home with their newborn baby - she gave birth to their second child, a daughter, in June.

Many commented that they thought it was cruel for Celebrity Big Brother bosses to put Dan and Gabby in together considering the circumstances.

My heart is hurting already for Jaqueline Jossa having to even see Dan & Gabby in the same house together. Whether anything happened or not it’s still not a nice feeling #CBB