Harry Kane is shaping up to be England's World Cup hero after his spectacular efforts in the tournament so far. We look at the staggering net worth of England's top striker.

Harry Kane, 24, has a projected net worth of £90million, having just signed a new six-year deal with current club Tottenham Hotspur.

The striker, who is engaged to childhood sweetheart Kate Goodland, is making roughly £200,000 a week - compared to his £20,000 weekly wage four years ago.

If he performs well enough with Tottenham, he could also receive a bonus of up to £15million. 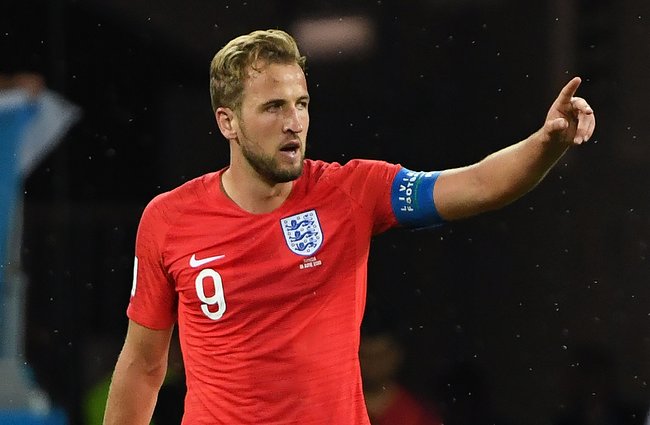 The super striker recently popped the question to fiancee Kate whilst holidaying in the Bahamas. He is already father to one-year-old daughter Ivy, and Kate is currently pregnant with their second.

Kate revealed on her Instagram page that baby number two was also to be a girl.

The lovebirds had a close friendship during school, which then gradually blossomed into a relationship, and Harry has previously revealed he feels 'lucky' to have found a childhood sweetheart.

READ MORE: Heartbroken Japanese fans stay to tidy stadium despite being out of World Cup

The footballer revealed: "When I was in school she was my friend. We always spoke, but just got closer and closer and it went from there."

"If I was single now and meeting people, you’d never know if they were with you for the right reasons. Is it the money? You’d never really know. So I’m lucky that I’ve got a childhood sweetheart."

My beautiful little family Incredible and emotional day at the lane today! Lots of memories made there! #COYS #supertottenhamfromthelane

Harry began his England football career in 2010, when he was selected for the Under-17's team. Kane then progressed to the Under-19's, Under 20's and finally made his senior debut in march 2015.