England goalkeeper Jordan Pickford is rumoured to be engaged to girlfriend Megan Davison, his childhood sweetheart.

Jordan Pickford, 24, became the nation's hero when England faced Columbia in the final sixteen of the 2018 World Cup.

The young Everton goalkeeper managed to save a crucial spot kick in the penalty shootout, propelling England into the quarter finals, and was cheered on by 22-year-old girlfriend Megan Davison.

Jordan and Megan have reportedly been together since the age of 14, when they met at the St Robert of Newminster school in Sunderland.

READ MORE: Heartbroken Japanese fans stay to tidy stadium despite being out of World Cup

Engagement rumours have been swirling after the couple spent some time holidaying in Barbados just before the World Cup began. Megan has since been pictured wearing a sizeable ring on her wedding finger - but neither have confirmed the news. 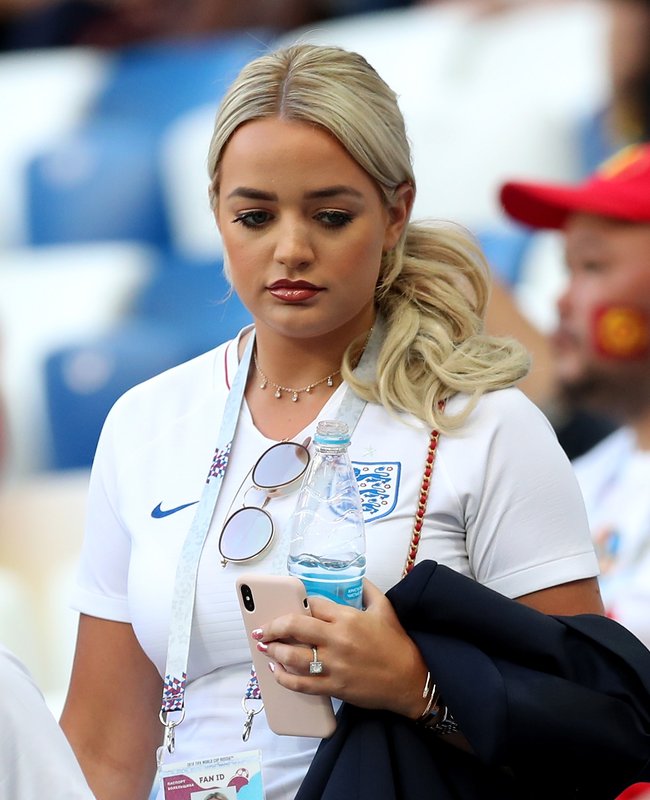 Credit: Getty - Megan has been wearing a big diamond on her wedding finger

Megan posted some enviable pictures on her social media pages of her and Jordan enjoying the tropical paradise.

Barbados is a hotspot for engagements, as England captain Harry Kane got down on bended knee to long-term girlfriend Kate Goodland last year.

Swimming with piggies, sharks and feeding the iguanas

Jordan and Megan currently live in Altrincham, near Everton, in order for Jordan to be able to serve his club.

Megan graduated with a 2:1 from the University of Sunderland last year, and, as a self-confssed football fan, has continued to support her beau in his goalkeeping conquests.

Megan recently shared a throwback snap on her Instagram, aged 12, dressed head to toe in a patriotic ensemble.