The widower scooped the Best Single Documentary award for his heart-breaking insight into losing his wife, Rebecca Ellison, to breast cancer in 2015 - aged just 34.

Emotional Rio explained that he had agreed to make the documentary, Being Mum And Dad, for his children, and together he and Kate are making steps in the right direction as the family come to terms with their tragic loss.

Taking to the stage, Rio said: "The documentary was something that was going to be there for my three kids, and that was like a snapshot of that time of sadness.

"I'm just pleased to say that this documentary has played a part in propelling me forward into a period of happiness in my life now where my kids are very happy."

He added: "I've got a beautiful girlfriend now and we are making steps in the right direction." 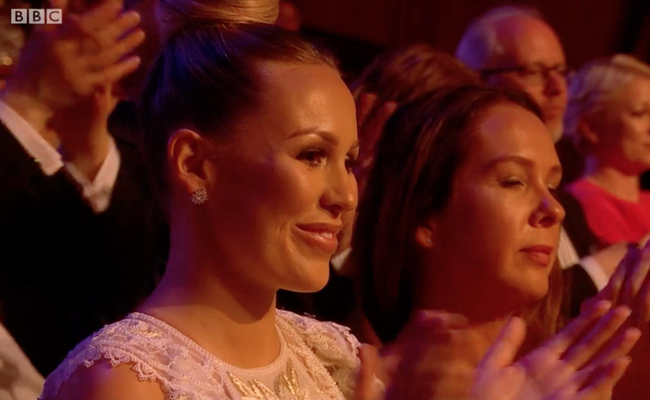 Credit: BBC  Kate Wright applauds her partner Rio as he collects the BAFTA

Pictured in the audience, ex-TOWIE star Kate beamed with pride as she watched Rio collect the award. The pair were introduced through mutual friends whilst on holiday in Dubai, and for the most part, have kept their relationship private.

Kate gave up her reality TV career to focus on her relationship with the footballer, and has not looked back since.

Out for dinner #Familytime

Speaking on This Morning, Kate recently explained: "They've [Rio's children] lost their mum, they don't need another woman that's going to be out everywhere, they need someone who's going to be home with them - to give them love..."

Rio's Being Mum And Dad fought off tough competition from the likes of Louis Theroux's Talking To Anorexia, Chris Packham's Aspergers And Me, and One Deadly Weekend In America.