Chrissy Teigen, 32, revealed that 'creepy' paparazzi snapped pictures of her.

During a private moment in her car while pumping breast milk for her son Miles, paparazzi snapped a picture of Chrissy Teigen leaving her reeling.

The presenter and model, who is married to singer John Legend, told all after one of her fans asked her to share a picture of her pumping for all 'the pumping moms' out there.

Chrissy replied that she's actually had a her picture bizarrely taken by paparazzi while pumping before. 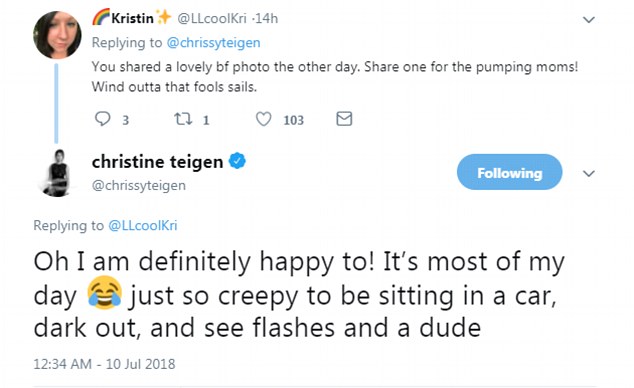 She said: "so creepy to be sitting in a car, dark out, and see flashes and a dude."

Many followers of Teigen on twitter, who are also mothers, leapt to her defence over this invasion of privacy while she did what was essential to feed her child.

But one follower couldn't see the problem with this when Chrissy has openly shared pictures of herself breastfeeding in the past. 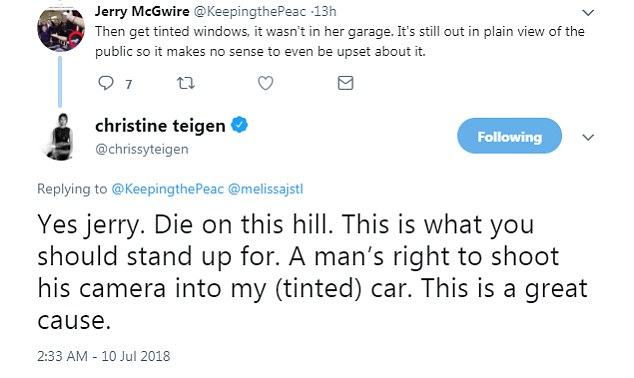 As always, Chrissy's loyal fans were quick to defend her and shut down the Twitter troll but the 32 year old also hit back at the critic sarcastically pointing out that this was a 'great cause' for him to defend so passionately.

If there's one person who knows how to handle herself on Twitter, it's Chrissy Teigen!