James Corden Wants The Spice Girls To Do Carpool Karaoke

The 'Late Late Show' host has had just about every star appear on the famed karaoke sketch, but could Spice Girls have their very first reunion on the show?

Emma Bunton has been asked by James Corden to have a Spice Girls reunion on Carpool Karaoke.

The Heart presenter has been at the centre of speculation as to whether she is set to reform with her fellow bandmates Victoria Beckham, Melanie Brown, Melanie Chisholm and Geri Horner, and while there is no confirmation they will ever tour again James Corden is keen for a reunion.

'Peter Rabbit' star James Corden paid a trip to visit Emma in the Heart studios and wasn't shy about asking whether she would be up for taking part in Carpool Karaoke with the girls.

Watch the video below to see what she says!

The news comes after Emma reunited with her Spice Girls bandmates for a lunch at Geri Horner's house in January, prompting speculation they could get back together.

However, Emma revealed on Heart that the group had just been "catching up" and reminiscing on old times. 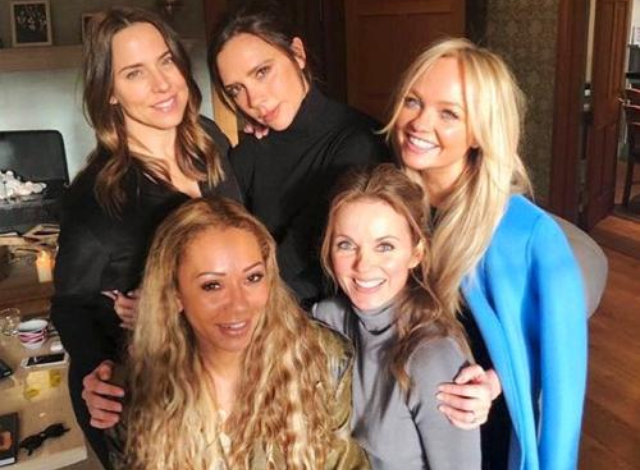 All the girls posted this picture to their Instagram handles. It was the first time they have all been in the same room since 2012.

Could they be taking on the passenger seat in James Corden's Range Rover? We'll watch this space.

Make sure you listen to Emma Bunton on Heart, Sundays 7pm - 10pm