The soap star has swapped Manchester for Melbourne!

Former Corrie star Ryan Thomas has made his debut for Auzzie soap Neighbours in a newly released trailer.

The northern hunk quit the cobbles back in 2016 after expressing his need to be taken out of his "comfort zone" with a new acting challenge and by the looks of it, his new character seems pretty troubled.

Ryan will be playing the role of "loner" Rafael Humphreys, who heads to Ramsay Street burdened with demons and "dark secrets" from his past that he's determined to confront.

Everyone needs good Neighbours and we can't wait for this lot to be back on Monday. #Neighbours pic.twitter.com/7sIx8fUGOX

The trailer shows Ryan looking pretty worried about something - but fans will have to wait to hear if he's perfected the Australian accent, as he had no dialogue in the short snap.

Ryan Thomas, who played Jason Grimshaw in Corrie for 16 years, has never had another professional acting role and felt that the time was right to explore pastures new. He had hoped to make way in Hollywood, but was then offered a part in long-standing soap Neighbours. 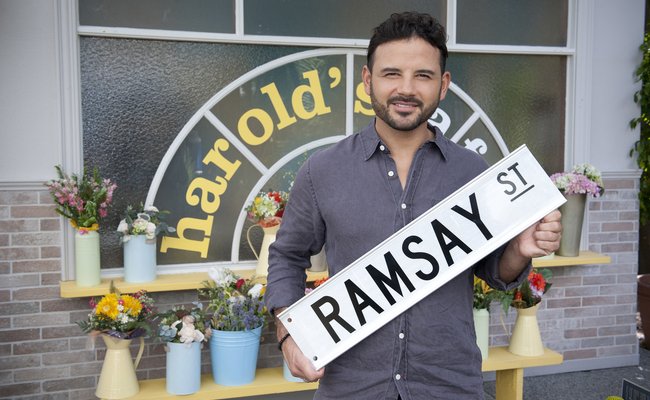 He told The Sun: "I grew up watching Neighbours so to get the chance to join the cast is amazing. I spoke to the producer and found out more - it was very different from anything I'd played before - it was quite a deep, dark story, that really interested me."